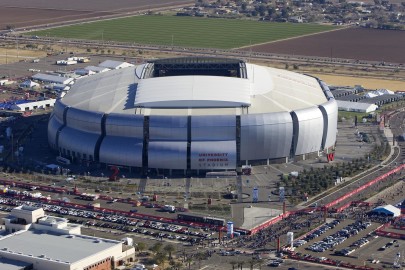 According to an email sent to Auburn professors and obtained by The War Eagle Reader (sounds so tough — Woodstein!), the academic calendar for spring semester remains officially unaffected by the wants and wishes of Auburn students heading to Glendale for the BCS National Championship game on January 10th, the first day of classes.

The good news is that, unofficially, yeah, things’ll probably be just fine.

That same day, the Auburn University football team will play in the BCS National Championship Game in Glendale, Arizona. Many faculty and students have expressed an interest in attending the game.

If instructors choose to implement an alternative method of meeting class on Monday, January 10th or Tuesday, January 11th, please notify your students as soon as possible, but no later than Sunday, January 9, 2011. Alternative options are best decided upon by the faculty. In general, options may include (but are not limited to) having a colleague meet the class, having the students complete the work outside of class, or providing lectures via written, audio, or audiovisual means.

Thanks to the intrepid @SolidJackson.