Cam Newton will appear on the cover of Sports Illustrated this week; it’s his first solo gig, the third time he’s been either pictured or referenced on the cover in two months, and a shot in the arm to his Heisman chances (and the arm didn’t need any shots).

The last Auburn player to win the Heisman was also featured on the cover of the magazine in the week leading up to the ceremony, 25 years and five days ago. I suppose that’s standard procedure come Heisman week, but still… had kind of a different vibe. 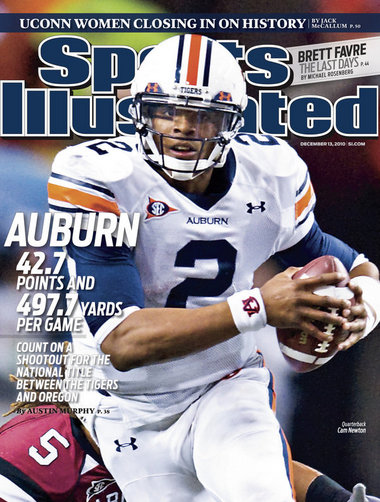 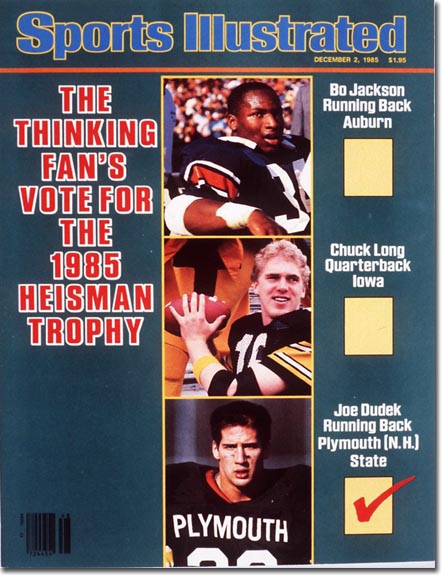 We’ll address the obvious idiocy of Rick Reilly’s assertion that Joe Dudek should have won the Heisman in 1985 over Bo Jackson (“I still don’t like Rick Reilly to this day“) for an upcoming post in our heartily-researched, interview-heavy retrospective series on the campaign to bring the Heisman Trophy to Auburn for the second time, which so far includes an interview with Tony Barnhart, a look at the un-campaign of ’84, an interview with Randy Campbell about his country Bo ballad, and my “Frank Sinatra Bo Jackson has a cold” story… and which better get fast-tracked before the blinding, newly-bronzed light of The Blessed Individual blots out whatever interest remains.