The upcoming silver anniversary, along with the wonderfully-timed, red-hot, watch-list-ability of this Cam Newton kid, has inspired yet another TWER series – a heartily-researched, interview-heavy retrospective on the campaign to bring the Heisman Trophy to Auburn for the second time.

It’s been 25 years since Bo Jackson won the award; the first post in this series, which will go unnamed until I think of the perfect pun, reminds us that, had it not been for a separated shoulder in the second game of the 1984 season*, it could easily have been 26. ‘Cause they were goin’ for it, albeit quietly.

From the July 1, 1984 edition of the Opelika-Auburn News (pardon the clipped margin and click to enlarge, or ‘view image’ and magnify): 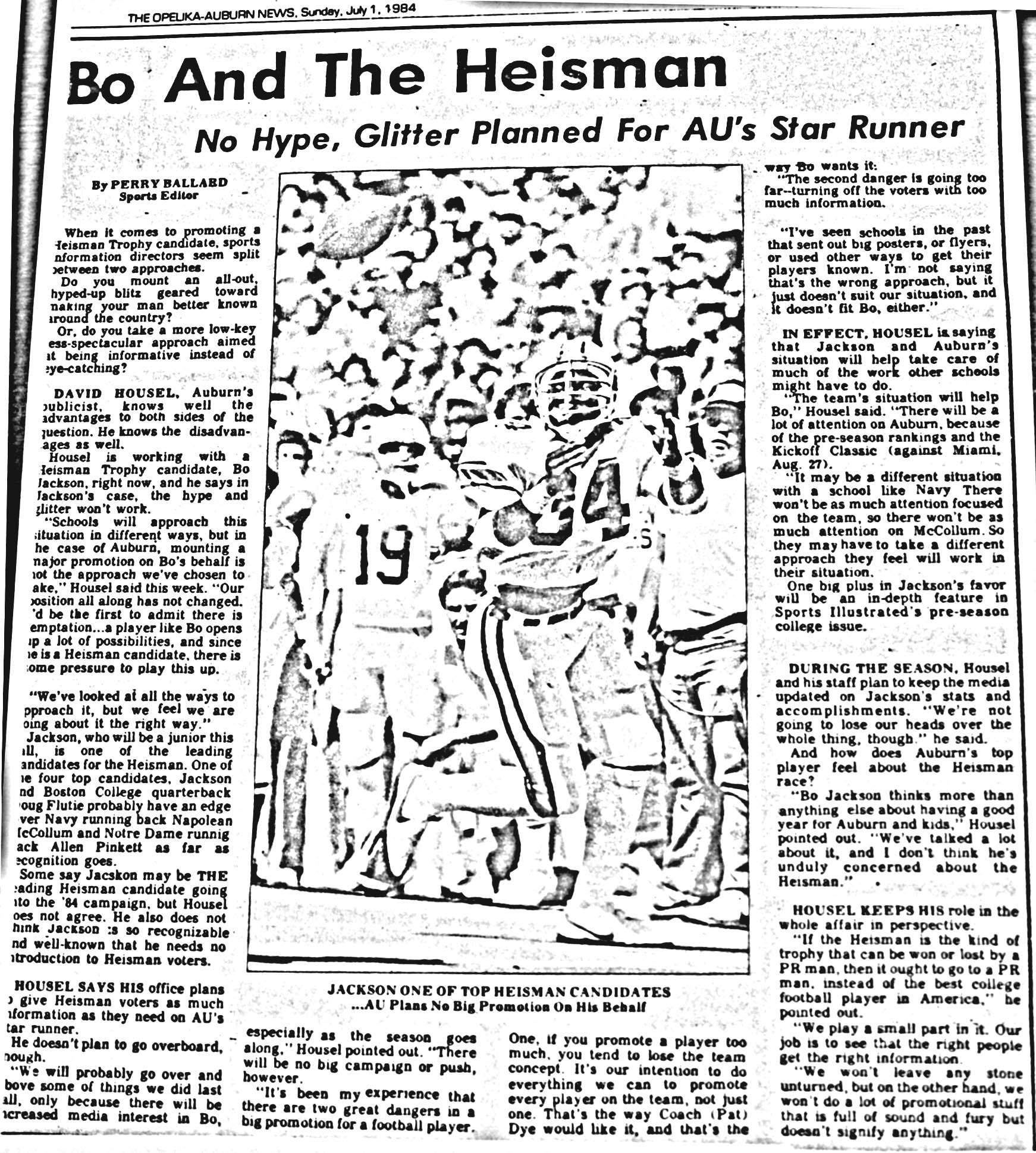 This could have easily been written a year later (and likely was, just have to find it) as Housel and Co. took the same stats-speak-for-themselves, “un-campaign” approach in 1985.

* Dude actually scored a touchdown against Texas after he separated it.