Leaves of Turf is a game-by-game, season-long series of football verse by TWER poet lAUreate Amorak Huey. His first poem can be found here, his second here. 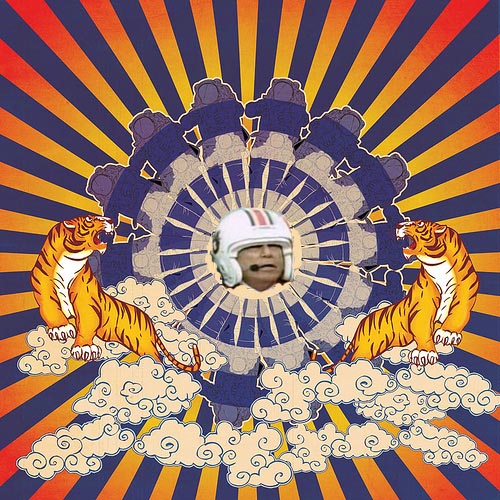 Tigers vs. Tigers, burning bright
On the plains this late-summer night,
What “GameDay” talking head or mouth
Can predict this battle of the South?

In which end zone or backfield
Will we find the first to yield?
Whose defense is most lacking depth?
Which Auburn offense to expect?

Fannin’s shoulder, Ziemba’s knee –
Staying healthy is one key.
Last week our dreams began to crumble
With every missed pass or McCalebb stumble.

But hope is born anew each week,
When the drums begin to beat,
When the eagle takes the sky
And the ball begins to fly.

In this furnace will be forged
One 3-0 record for the team that soars.
Wonder whose hand will seize this fire?
I’ll tell you now: His name is Dyer.

Tigers vs. Tigers, burning bright
On the plains this late-summer night,
Who cares what “GameDay” has to say?
No more talk. Just watch ’em play.