TWER is counting its lucky, plucky stars this morning. And if you were driving near I-85 on ramp on S. College or heading toward Tiger Town between, oh, say 9-11 a.m. yesterday, chances are you’d know why. 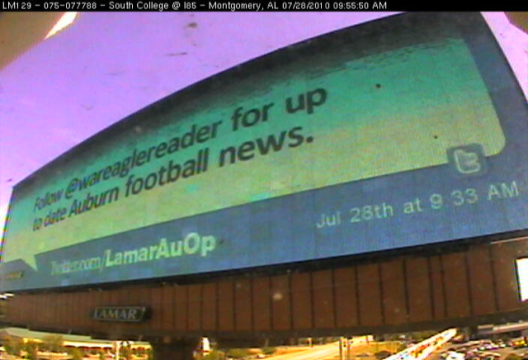 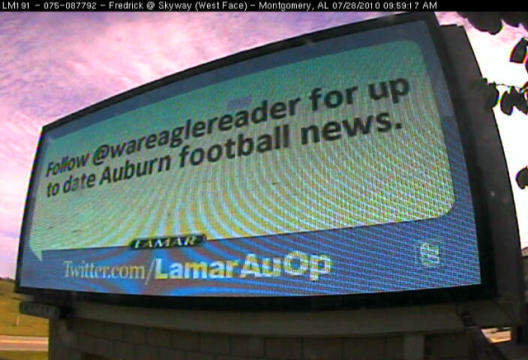 Yes, it’s true: the decision to “Photo of the Day” the mysterious, tweeting billboard on Frederick Road by (one of) the new Momma Goldberg’s scored TWER a giant, digital shout out (and earned us several new followers on Twitter – so hop to it, advertising budgets… it’s worth it). Sure, we technically asked for it, but still, we couldn’t be more appreciative. And we haven’t seen a more beautiful billboard since 2008, in the old country.

So, again, thanks a million @LamarAuOp — here’s wishing you a bright, pigeon-free future and success in your campaign to bring live score updates to the Auburn sky (because that would be awesome). And about that whole “Mugshot-O-Vision” thing… we were totally kidding! War Eagle!

Did you see something AUsome? Weird? Today? Whenever? Take a picture of it? Know someone who did?