No surprise: an Auburn girl is on top. (Suck it, Jesse Jackson Jr!)

#1 Alexis Latifi. The 24-year-old Republican graduated from Auburn in 2009, makes her own jewelry, practices seriously sweaty yoga, and currently serves on the staff of Sen. Richard Shelby (R-Ala.).

The name might sound familiar: her father, Alex Latifi, an Iranian immigrant, made national headlines in 2008 as the subject of a four year government probe that crippled his 24-year-old Huntsville business. The Feds had it all wrong, of course – Axion, as it turns out, was not sending top-secret designs for the Black Hawk Helicopter to China, as a disgruntled employee / embezzler alleged – and were forced to pay restitution. Supposedly, the injustice of it all is what led Alexis to swap her dreams of being the hottest doctor in training with dreams of being The Hill’s hottest lawyer in training. And now, probably, the most eligible. But careful, creeps – as hot… if you know what I mean… as those 105-degree bikram yoga poses might be, thankfully our girl seems a little too high maintenance for a sex scandal; the piece makes it sound like she splits all of her free time between buying fruit and drying it.

The one thing she hasn’t quite figured out about being a raw foodist is how to be a good date.

“Poor boys,” she says, laughing. “I’ll get in the car, and they’re like, ‘Um, I looked for a vegetarian restaurant.’

It’s a shame she had to graduate before having the chance to loiter at Earth Fare!

War Eagle, Alexis! All the best… here’s to hoping the Huntsville Times picks up the story with the headline “Hometown Beauty rockets to No. 1.” 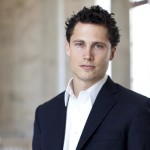 #5 Ben Dunham. This Huntsville-hailing boy bander-in-waiting (and former Ole Miss walk-on) apparently dated Mad Men’s January Jones, but really, who hasn’t? Take the lip-service to the environment out of it and his blurb reads like a Lonely Hearts ad (although his status is listed as “in a relationship” — obvious commitment issues). At least they didn’t discuss his lips along with his blue eyes, “soft, barely-there drawl,” and his “honest expression.” Overall, kind of more ick than swoon. Not necessarily his fault, though. 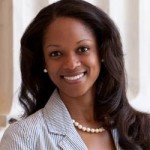 #6 Nichelle Williams. Finally, an Alabamian not from Huntsville (Mobile)… but she went to Bama. Gross. But she was named after Lieutenant Uhura! Awesome! And At least her blurb isn’t trying to get her a date (since she has a boyfriend). She comes across as serious but homesick. Sweet. You know as in “Sweet Home Alabama,” the subtitle they chose for her — it was bound to crop up. 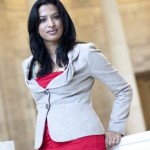 As an aside #10, Anu Vakkalanka (not from Alabama) is awesome. She is a makeup blogger (“I’m Indian; I came out of the womb wearing eyeliner”) and her picture shows her wearing a red dress and (seemingly) flashing a bra strap. A conservative suit jacket is trying to tone down the wind-in-the-hair look. It just looks like censorship.