Catching up with this series … 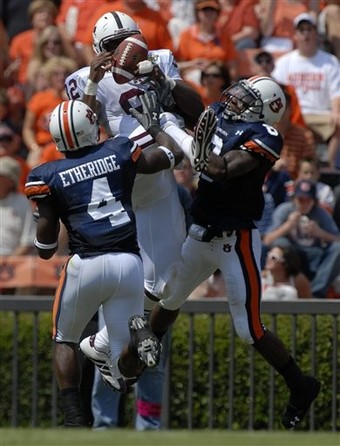 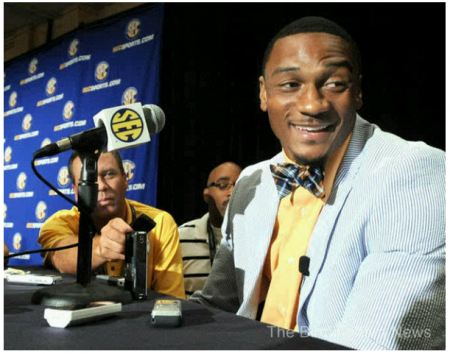 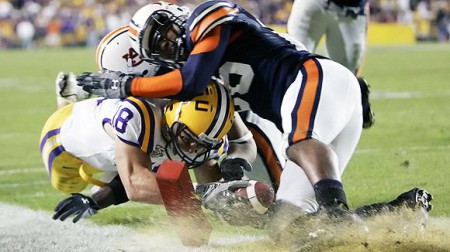 Maybe it’s cheating to group three players into one spot on this list, to name 7 players I’m rooting for instead of the 5 it says in the title.

But I’m doing it anyway, because Zac Etheridge, Aairon Savage, and Mike McNeil are all walking along the same long, slow road back to glory. Not hand-in-hand, but only because the road is wide and they need maximum coverage. Nothing gets by them.

I considered discussing each of the three of them separately in this post. Lord knows there’s been enough written about Etheridge and, as of recently, Savage to do so. I could talk about the horror of Etheridge’s injury, the emotion of that day he showed up in front of the team in the neck brace, the commitment of his rehab, the joy of his being cleared. With Savage, I could talk about what must have been the devastating gut-punch of recovering from one season-ending injury only to suffer another, of staying with Auburn through the thick of the Tubs era and the thin of the revolving door of coordinators, position coaches and head coaches, of his commitment to his academics (two degrees from Auburn, remember, or one more than I’ve got), of the determination he’s shown to make himself an asset again. You’ve readi t all before, and it would be worth reading again.

But I’ll leave the individual focus on those two at the paragraph above, for two reasons:

1. Mike McNeil deserves just as much of the focus, just as much of your support. A top-100 recruit who could have gone anywhere, Alabama very much included, this wasn’t the way his career was supposed to play out either. Sure, he had the true frosh cameo in 2007 that promised the expected big things ahead, but his 2008 went about the way 2008 did for everyone, and just as a big spring promised the same kind of redemption in 2009 that it offered to most of his teammates, the break happened.

It’s probably one thing to miss an entire season through injury. It’s probably another to expect not to have to miss it, to be seemingly on the verge of recovery, and for your body to just not start cooperating in time. It’s still another, most likely, to be that close but still have to watch as your team rises from the ashes of ’08’s disaster without you.

In short: Mike McNeil has still never enjoyed the kind of season even Etheridge and Savage had back in ’07, and even they haven’t suffered through the exact same kind of frustration McNeil endured in ’09. I hope so badly he makes our opponents pay for that loss, that frustration.

Because the faith being shown in their combined abilities–and not just the ability of one, or two–by Auburn’s coaches is remarkable. When the 2009 season ended, the first three safeties on the depth chart were Daren Bates, Demond Washington, and T’Sharvan Bell; all three of them are now playing other positions. With all due respect to Drew Cole, Mike Slade, and Demetruce McNeal, the two safety positions are being all-but-entirely trusted to Etheridge, Savage, and McNeil. There is the kind of expectation for their collective recovery where you expect them to push Bates and maybe even steal his job, and then there’s the kind where you move Bates to linebacker even though he can’t learn a thing in the spring other than the playbook. The latter is the kind of expectation the Auburn coaches have shown, and it represents a stunning amount of belief.

Because we know how much these three players will have to overcome to repay that belief, even I struggle to match it. What I do know, however, is that if/when they do succeed, what they have had to collectively overcome will make that success as sweet as any Auburn will have in 2010.