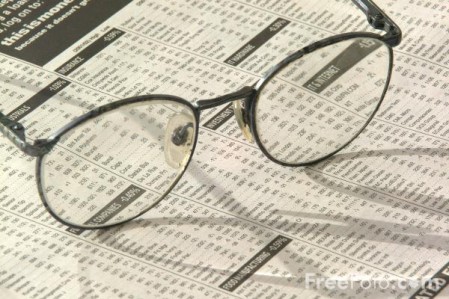 Picking up where we left off yesterday …

Week 7: vs. Arkansas. We’ve talked about the Hogs at length already. Are they going to be better? Yes, yes they will. Mallett will be Mallett. Those receivers are damn good. The defense can’t possibly be so bad again. Four starters are back on the offensive line. There’s also the little matter of the Hogs having beaten our guys by 21 last year, of course; if Arkansas’s improved, Auburn’s going to have to be very improved.

But as I’ve made clear, I don’t think Arkansas’s ready to take the kind of step that would make them a serious SEC contender, and if they have to be respected, I also don’t think it’ll be the kind of step that would make them a team Auburn needs to fear, exactly. Those holes in the defense aren’t going to be entirely plugged. Mallett can be Mallett in the erratic sense as well as the pulverizing sense. They’re not going to have the kind of turnover fortune they had last year. The game’s in Auburn instead of Fayetteville. Add it all up and yeah, there’s concern … but Auburn’s the favorite here, right?

Worry Level: Up, but just a tick

Week 8: vs. LSU. Fun fact: for the entirety of the 2009 season LSU averaged 305 yards a game … and gave up 328. That’s not just in SEC play: that’s for the entire season. UL-Lafayette (now “Louisiana”), Tulane, Louisiana Tech. I don’t know how many 9-3 teams were outgained for the season, but I’m sure it’s not many. I’m not sure how many SEC teams have been gone 5-3 while being outgained by 33 yards, but that’s also got to be: not many.

One of the teams in that neighborhood was 2006 Auburn, incidentally. (Who finished fourth from bottom, if I remember correctly, in SEC yardage margin.) 2007 wasn’t a massive letdown for the orange-and-blue Tigers, but was it a setback? Oh yeah. Are the purple-and-gold Tigers headed for a setback this year? Oh-ho-ho yeah. It doesn’t mean a ton as far as the 2010 Tiger Bowl is concerned–to expect anything other than a knockdown, dragout thriller between these two teams is silly–but as with Arkansas, there’s no reason for Auburn to be intimidated. I’ll just come right out and say this: 31-10 ain’t happening again.

Week 9: at Ole Miss. No Snead, no McCluster, no Hodge, no John Jerry, no Hardy, no Marshay Green, no Patrick Trahan. I know Houston Nutt is dangerous when he’s overlooked, but don’t forget his Hogs were overlooked before going 5-6 in 2004 and 4-7 in 2005, too. The trip to Oxford will be a major pain in Auburn’s rear end, particularly coming on the heels of the Arkansas and LSU games, no doubt about that. But this just isn’t the same bunch of Rebels Auburn faced the past couple of seasons.

Week 11: vs. Georgia. You ask me, the Dawgs are the team the mainstream press seems to think Arkansas is. They’ll have major problems if anything happens to Aaron Murray, but as long as he’s healthy, this is as good an offense as you’re going to find in the SEC: one of the country’s most experienced offensive lines, the best receiver in D-I, multiple quality running backs, a kicker who’s going to turn any possession that cross the 45 into three points. They already tied for the league lead in points-per-SEC-game last year, and that was with Joe Cox turning every other possession into a pick. Yikes.

The defense won’t be fixed in one offseason, but finally dumping Willie Martinez is an obvious step in the right direction, and Drew Butler will give them plenty of field position slack. There’s a lot of reasons to hate the loss of that 14-point lead in Athens last year, but that this year’s meeting promises to be so tough–even in Auburn–is another big one.

Week 12: at Alabama. Even I won’t pretend that anyone else ought to be the SEC favorites. They’ve earned it. Dammit.

Again, particularly with the game at their place, the Worry Level is higher for this game than any other on Auburn’s schedule. It’s not close. But compared to last year?

Worry Level: Down a bit.