Spring practice is behind us–behind us all in our silly college football world–and that means it’s time for one more round of preseason rankings and prognostication before the preview mags hit the stand (only 32 days!) and establish the 2010 consensus once and for all.

The two highest-profile post-spring top 25’s belong to Mark Schlabach at ESPN and Andy Staples at SI. No, Auburn does not figure in either. But if you’ve reading previous editions of Expectationswatch (or, you know, the title of this very post) you can probably guess what non-traditional SEC West power most certainly is. Schlabach:

14. Arkansas Razorbacks The Razorbacks are facing sky-high expectations because of quarterback Ryan Mallett‘s right arm and coach Bobby Petrino’s high-scoring offense. But if the Hogs are going to improve on last season’s 8-5 finish, they have to get much better on defense. Arkansas ranked last in the SEC and 99th nationally against the pass and allowed 22 touchdown passes. Mallett missed the spring while recovering from a broken bone in his left foot, but he’ll enter the season as a potential Heisman Trophy candidate. The Hogs play a relatively soft nonconference schedule (they play Texas A&M in Arlington, Texas), but they’ll face SEC heavyweights Alabama, Ole Miss and LSU at home.

8-5 last year + horrible defense + quarterback misses spring practice = 14th in the country. To be fair to Schlabach, not many of the teams behind them exactly have a juggernautical look, but still; Georgia scored just as many points per conference game last year as the Hogs did, have far greater across-the-board talent and depth, return everyone but Joe Cox on offense, can’t possibly be so bad in the turnover department, actually made staff changes to repair their Swiss-cheese defense, have the best specialists in the SEC by a mile, and, you know, beat Arkansas last year in Arkansas. The Dawgs, however, are 20th. OK.

At least Staples semi-justifies his faith in the Hog defense:

As for Arkansas, I had proper reverence for the Razorbacks’ offense back in January [when they were omitted from Staples’ first effort], but I doubted their defense. The Hogs bring back quarterback Ryan Mallett and eight other starters from an offense that averaged 555.5 yards per game last year. Unfortunately, Arkansas also returns seven starters from a defense that gave up 521.5 yards per game last year. The numbers look worse against SEC opponents. Arkansas gained an average of 383.3 yards and allowed an average of 419.5 yards in conference play. But this spring proved Arkansas has more depth in the secondary and on the line. The Hogs remain thin at linebacker, but the improvement is enough to justify calling Arkansas into the Top 25.

Robinson will see on the film that the Razorbacks gave up touchdowns of 88, 31, 47 and 44 yards. Nobody on the team would deny eliminating long plays is a must for the Razorbacks to reach the level of success they feel is possible in 2010.

What video cutups from the game will also show is a defense that hit hard, forced turnovers and – most importantly – made stops when needed.  It doesn’t take much effort to see the good in this defense.

To which I feel compelled to respond: 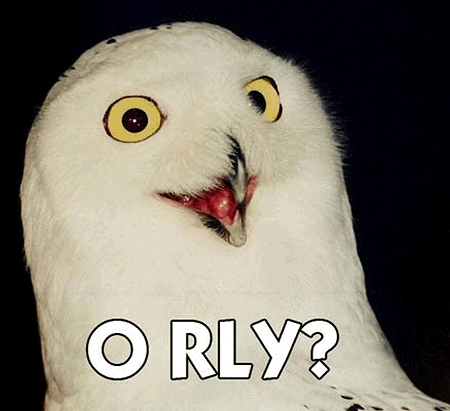 Because I would expect it take a lot of effort to look past the “seven touchdowns scored … by an average of 30.7 yards” when the offense didn’t even have it starting quarterback. But hey, maybe that’s just me. (Then again, maybe it isn’t.)

This is not to say that Arkansas won’t be improved defensively this fall. They could hardly get worse. But the evidence for believing in some kind of quantum leap from the Hog defenders that will make them a top-15 caliber team seems to be nothing more than “Bobby Petrino said so.” And it’s not just national writers who are thinking along those lines, either–Chris Low bumped the Hogs all the way to No. 3 in his post-spring ranking exercise and Tony Barnhart has them pegged for second in the SEC West.

As I’ve said before, I’m not expressing all this skepticism because I think Auburn ought to be in the Hog’s current place of preseason honor. (Low and Barnhart are relatively optimistic, in fact, ranking Auburn 5th in the SEC ahead of Georgia/3rd in the West ahead of LSU, respectively.) Our defense was not up to SEC snuff last year and I don’t expect anyone who’s not an Auburn fan to expect that problem to be solved in one offseason.

The only thing I can figure is RYAN MALLETT FOR HEISMAN. Despite the fact that the last two times we’ve heard from him he 1. went 15-for-36 for 202 yards, no TDs, and one pick vs. ECU 2. broke a bone and missed all of spring. He’s a good player, but forgive me if I don’t think he alone is difference enough for Arkansas to be heralded as this year’s big thing and Auburn to be this year’s well-I-guess-they’ll-be-better thing.

Meanwhile, at the top of the division, even I can’t really bag on Tide fans for expecting a highly-unlikely second straight title when everyone else is expecting it too. It’s all fine by me: the further and further up those expectations ramp, the more fun it’s going to be for the rest of us when they don’t get met. (Orson, you may have noticed, tried to save Tide fans from themselves this week. With predictable results.)

As for how that might happen, Dr. Saturday has a few ideas. Money graf:

Before the comment section fills with visions of upcoming blue-chips instantly recreating the heights of the two most dominating units in the country, sit the noobs down for a lecture on the 2007 Florida D, another exceptionally talented unit with a horde of hyped new starters taking the reins from a stacked lineup that had finished in the top 10 nationally in every major category en route to a national championship in 2006. The baby Gators were torched by decent offenses – 28 points to LSU, 37 to Kentucky, 42 to Georgia, 41 to Michigan – and ultimately sandbagged the highest-scoring SEC offense of the last decade to the tune of four losses, all but one as a significant favorite. That group (Joe Haden, Brandon Spikes, Jermaine Cunningham, Major Wright, et al.) quickly grew into the powerhouse D that crushed the rest of the conference under its heel throughout the ’08-09 run, but the lesson stands for the new wavers this fall: Wholesale departures from a dominant unit in one fell swoop almost always spell doom in the short-term. Whether “doom” amounts to one critical loss or four, untenably young is untenably young.

Matt also points out that if there’s any league with a history of attacking the status quo with the fervor and viciousness of ‘Bama and Florida’s current “duopoly,” it’s the SEC.

In short: this season is going to be even more fun than it looks like.