Taylor Hollingsworth, Birmingham’s resident acoustic genius (and Conor Oberst confederate), will get his folksy nasal on this Friday night at The Independent.

Paste: Yet in Life With a Slow Ear and some of your other solo work, there’s a pretty heavy punk influence.

Hollingsworth: Yeah, I’ve always loved punk. I’m a big fan of Wire, love The Ramones… But I guess everybody goes through that phase, or at least hopefully they do. I had a lot of older friends who were in to that kind of stuff, like The Replacements—it’s the stuff everybody goes through, growing up. There’s some cool punk bands in the south. I mean, there’s The Quadrajets from Auburn, and they turned out some real cool musicians. Jamie [Barrier] had The Wednesdays and, shit, he’s got this new band, Rise Up Howling Werewolf, or whatever.

… and I swear I remember Auburn Bikini playing a show with him at The Nick back in 2004. 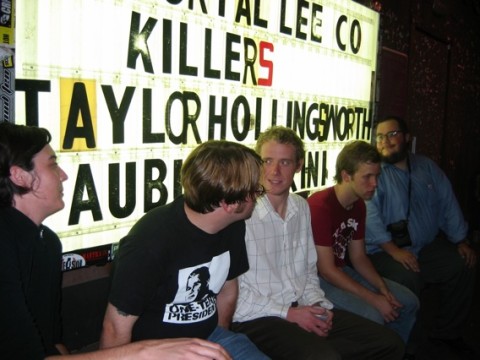 Who: Taylor Hollingsworth, An Abstract Theory, and Callooh!Callay!

Where: The Independent, 203 Opelika Road.