Ben Tate, self-promoter extraordinaire, is featured in the just-released issue of ESPN The Magazine (which all but calls him the best running back in this year’s NFL draft) and he’s already turned it into a contest: 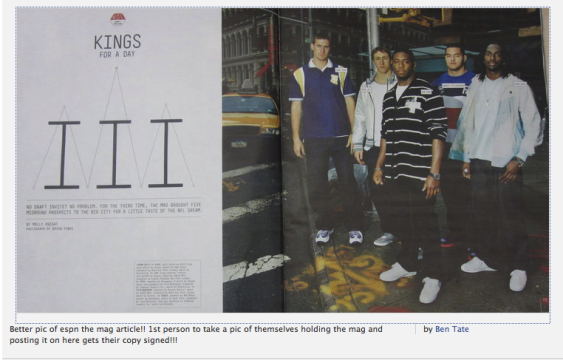 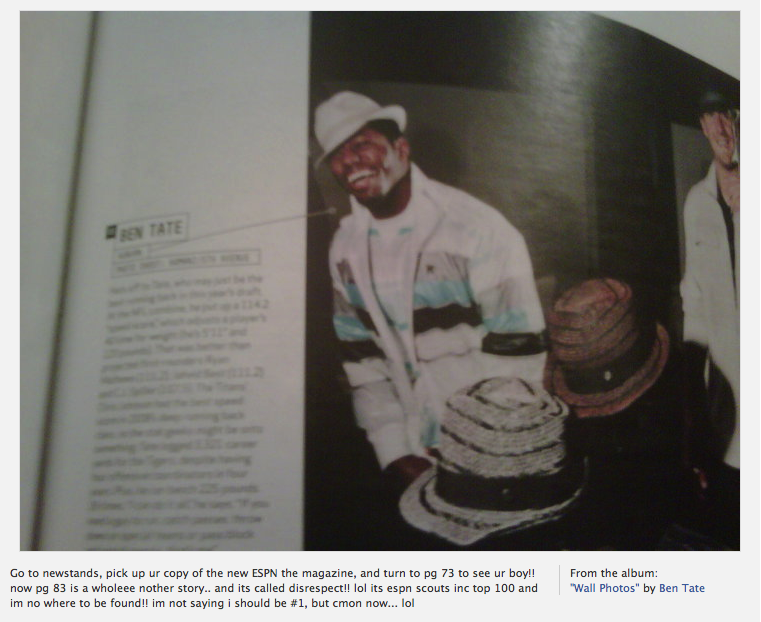 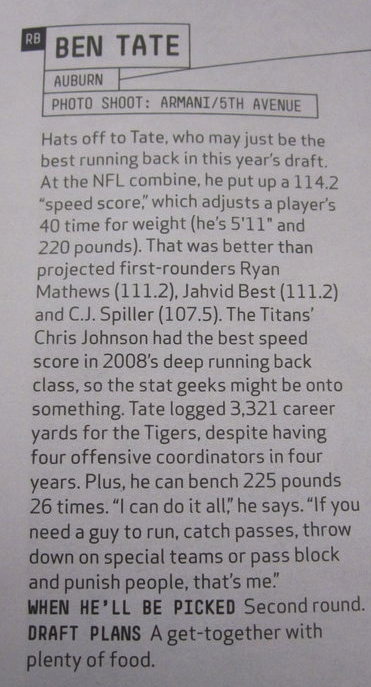 Go here to see a video of Tate talking about pissing on the Bama helmet he saw on his way to the photo shoot.