James Garner walks into C. Thomas Howell’s room: There’s his basketball, his car poster, his motorcycle helmet, his kinda-anachronistic-for-a-mid-80s-teen 8-track player* (his dad is about to buy a house boat and already owns a freaking Sherman tank but can’t spring for a tape deck?) – and there it is, up on the wall, above the light-switch, for all to see – wood panel, eagle through the A knock-off… late 70s down even to the nickname ambivalence (War Eagles – you know the kind)…

Behold with this ludicrously lengthy post the power of randomly placed set decor!

Of course it was filmed in and around Fort Benning, so that probably explains it. Proximity. (Maybe they even used the actual room of one of the soldiers or something and kept it up there ’cause it sounded military.)

But nothing can really account for the movie itself. It’s insane.

The previous scene is a perfect example: C. Thomas Howell, 16, shirtless, fake-bloodied nose, terrible acting, (thank God Zemeckis went with Michael J. Fox), sitting in a dank prison cell, an ambiguously Yankee lamb on the altar of bigoted southern revenge, ripe for the degenerates at the county work farm who will surely educate him in the ways of the WWF upon orders from the sheriff who planted the marijuana in his locker in order to draw out Garner, Howell’s dad, because of the incident involving, as Howell screams it, “you and your whore!”

Why won’t Garner just explain to Howell – who just 20 minutes earlier described him to the reporter for Soldier Magazine, writing the piece on the new sergeant-major who actually owns his tank, as “a cross between George Patton and Danny Thomas” – that as the new guy in town he’s just a victim of circumstance and the classic Federal vs. Local hostility that hangs over all small-town, southern dystopias? Sure, he probably knew that Three’s Company / Dallas’ Jenilee Harrison was a prostitute when she saddled up next to him – it was, after all, a roadhouse rather than that nancy officer’s club with it’s “Funky Monkey” disco music, and she was lookin’ fine… and there was that strange shed out back. But all he did was pat her on the knee, tell her in buzzed jest that he might name the houseboat after her, and sing her a sea-shanty! (I mean, what gives – is there an X-rated Director’s Cut or something?)

And why won’t he explain it to, yes, Shirley Jones, hit potty-mouthed wife, whose idea of foreplay involves, yes, role-playing a soldier-targeting prostitute (“G.I. want a good piece of @$$?”) – for crying’ out loud, she was the one who suggested he go out into town for dinner in the first place because she wouldn’t blow off the thing with the NCO wives! (And yet she just keeps on slapping him because he “had to go out whorin’.”)

But he doesn’t explain it. He doesn’t explain that he actually saved Jenilee from a beating from the deputy / pimp (the sheriff busted her on a vagrancy charge and forced her into prostitution) who was pissed that instead of earning some real money she was wasting her time on some “Army scumbag” who was disturbing his pool game with the aforementioned sea-shanty and trying to tell him “what to do in my town with my whore.” Oh, and did I mention that Jenilee, at the time, doesn’t even thank him – “why’d you have to go and do that? All he did was slap me around a little. I could have lost my job, a-hole.”

Yes, in one of the most screwed up / awesome movies I’ve ever seen, James Garner cannot – repeat, cannot – catch a break.

But he does have a tank, and C.Thomas Howell does have an Auburn plaque… and the rednecks bristle, and the young Auburn lad beams with pride in the dank, occupied cinemas of North Alabama, 1984.

*This would have been the teenager’s choice in the early to mid-70s – which is actually when this movie likely would have worked. I don’t know if it’s the gratuitous cussing or garish southern stereotypes or how curiously cold Jenilee Harrison seems for the entire, entire, entire movie, but the overall effect is very 70s exploitation flick.

The opening scenes – warm credit fonts, small town scenery, classic military whistle march, station wagon – have this almost Newhart / Major Dad / Return to Mayberry feel to it and you think you’re maybe about to popcorn some Disney-fied War Games or D.A.R.Y.L. or something. But you really only get that vibe in the Chariots of Fire-ish tingle scene of Garner gassing up the tank, stocking up on the ammo, and prepping himself all kamikaze-style to go bust his boy out of the rape camp. And see… yeah… that’s what I’m talking about: rape camp. 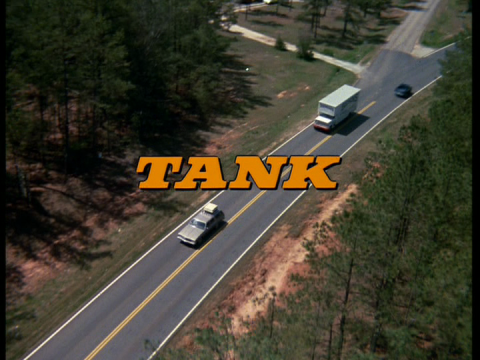 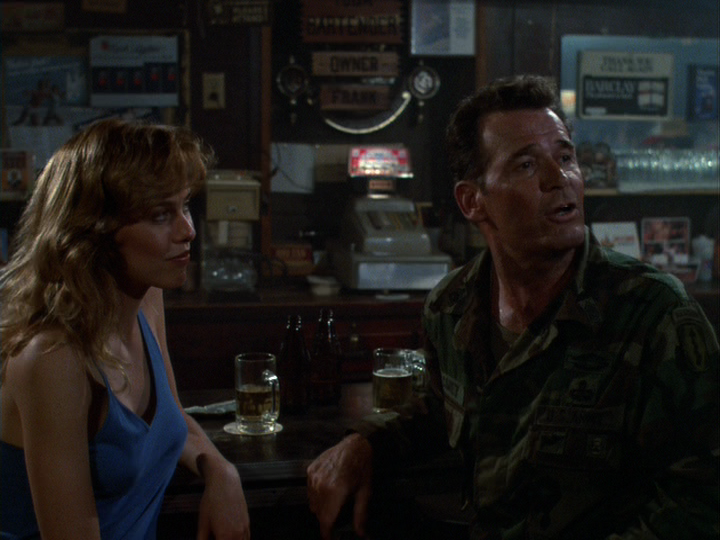 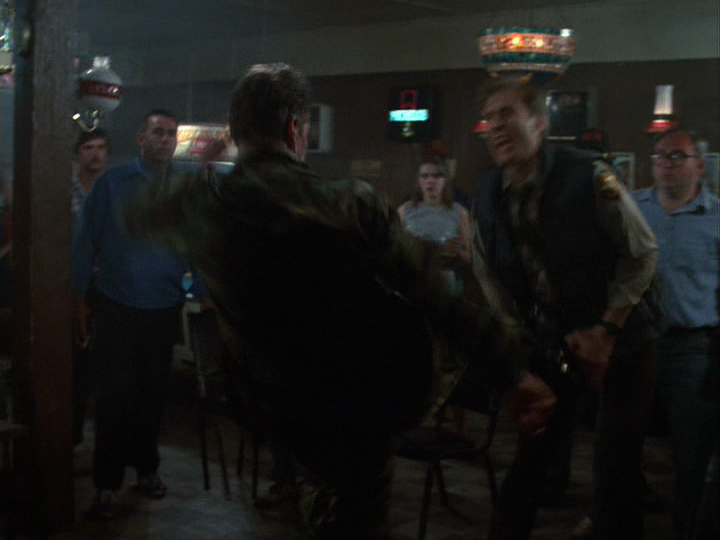 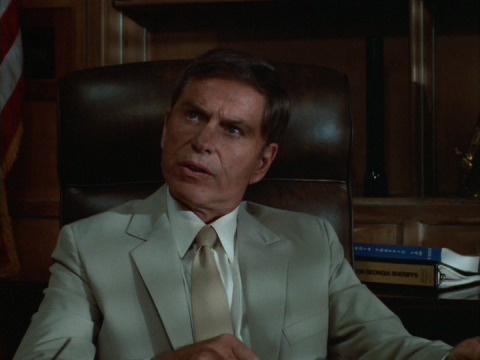 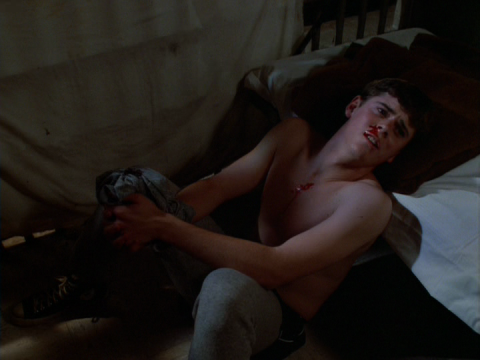 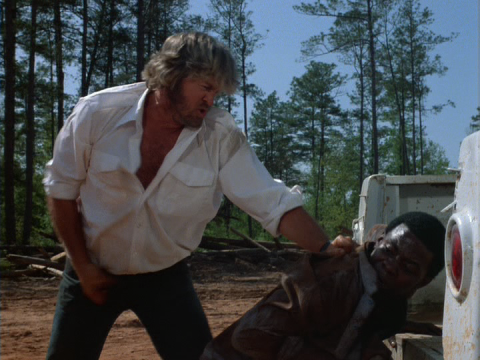 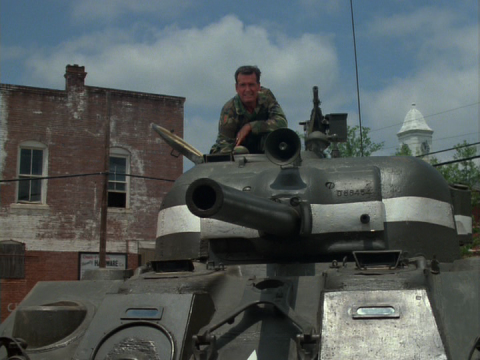 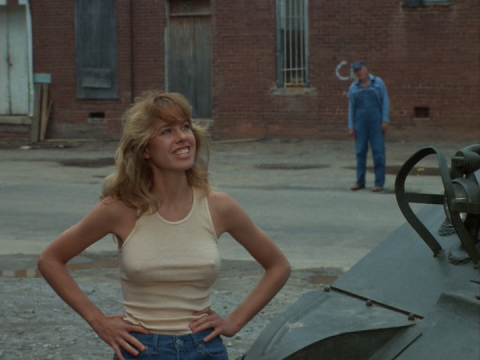 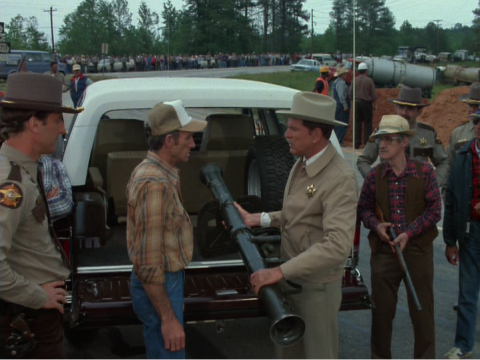 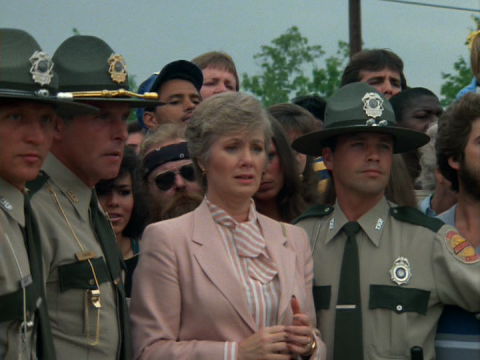 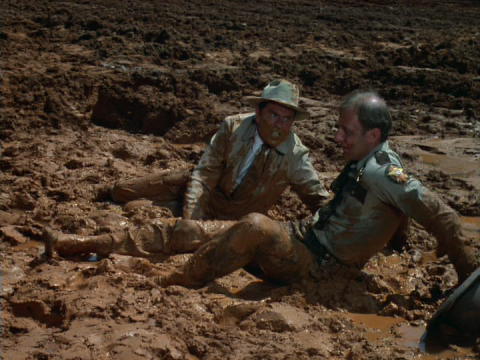 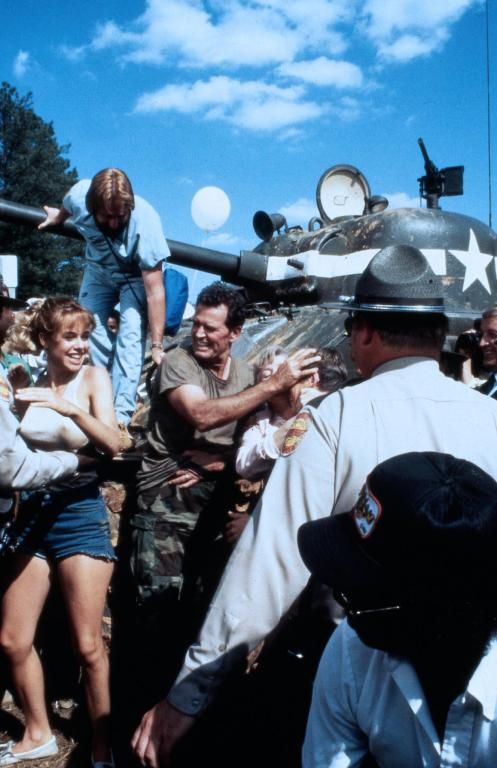 If you know of any pop-culture Auburn references, drop us a line: [email protected]