This is the Auburn AUghts, the WBE series looking back at the decade that was in Auburn Tiger football. Today: a retrospective essay on the individual most responsible for Auburn’s fortunes of those previous 10 years. Previously: the Plays, the Players, the Stories, and the Games. Enjoy. 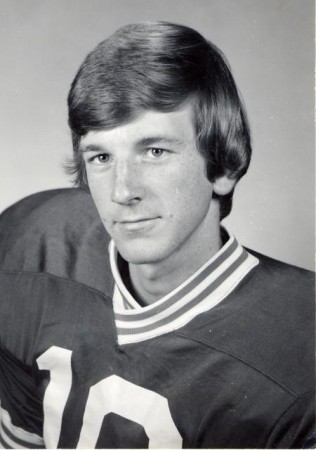 One of my biggest pet peeves with Tommy Tuberville was his full name. Or more specifically, how it was used–in the mouth of Auburn fans, it was idol worship, an attempt to give an Arkansas-bred college football coach the legendary status of some great Victorian poet. In the mouths of Alabama fans, it was a mockery of that same idea, a satire emphasizing how small a man they believed him to be, a dig they hadn’t earned at a coach that had dominated them. I never read the name “Thomas Hawley Tuberville” and did something other than cringe.

Which is a shame, because the name Thomas Hawley Tuberville couldn’t fit him any more snugly. It’s the name of a football coach, which he was; the name of a Southern gentleman who puts on the charm in public and bites back a certain amount of bile in private, which he was; the name of a character in one of those short stories out of 19th-century American realism, by Hamlin Garland or someone like him, who doesn’t realize that a confluence of forces–some within his control, some beyond–have him on the brink of disaster. Which he was. “Thomas Hawley Tuberville” is the name of a man chopping wood outside a prairie cabin, happy with the warm burn in his shoulders, oblivious to the black clouds hung with snow in the distance. He could see them if he took the moment to look up from his work, but the sledge feels good in his hands and the maul sings in the wood and he doesn’t.

Which Tuberville was also*.

When the dust finally settled on Auburn’s coaching transition–early last summer, when all of Gene Chizik’s glittering new assistants were under contract, when the class of 2009 had somehow been salvaged in a whirlwind of late offers and big pulls, when Malzahn’s offense had proven itself something other than a disaster in the spring game–I think we all took a long-awaited breath, didn’t we? And exhaling, I found myself envying Tennessee.

Not for their choice of coach or their own supposedly invincible staff, of course. But for the timing on the Phil Fulmer decision–midseason, several games to go, plenty of time to both worry about who would become Fulmer’s replacement and pay tribute to the man who had guided their program so successfully for so long.

Auburn fans weren’t afforded that luxury. Our coaching search began the moment we learned Tubby was gone and never cut back to less than full throttle until Chizik was hired. The acrimony and shock of Tubby’s departure meant no one much felt like writing tributes. (I never did.) Vol fans were able to offer their long, impassioned good-byes over the course of weeks; Auburn fans woke up one morning and never saw Tubby again, save for his ESPNU appearances and “Auburn will beat Arkansas by three touchdown” gee-thanks-really predictions.  Our good-byes never really got said, did they?

It’s a shame. He deserved them. So, more than a year after the fact, I’m considering this mine.

Strange as it sounds, if you ask me to pick the definitive game of Tubby’s Auburn tenure, I choose the 1999 edition of the Deep South’s Oldest Rivalry. Auburn 38, Georgia 21.

Because nothing defined the Tuberville era–not The Streak, not 2004, not his endless quotestream, certainly not the final wheeze at the end–like the sense that anything, anything could happen when Tubby was on Auburn’s sideline … both for better and worse. No matter how heavy an underdog, Tubby could snap his fingers and conjure the kind of win out of thin air that March Madness mid-majors would envy; no matter how heavy a favorite, Tubby could produce a team flat and lifeless enough to get run out of the stadium.

That Pandora’s box of possibilities was first opened that day in Athens. I could rehash the massive gap in record and ranking when the game kicked off, Ben Leard’s mind-boggling numbers, the blitzkrieg of big plays in the first half. But you’ve heard all that a thousand times. What’s worth rehashing is how utterly unfathomable that 38-0 scoreline early in the second half was. I remember staring at the screen and blinking: Auburn 38, Georgia 0. What? What? Tommy Tuberville had that Auburn team leading that Georgia team by 38. If ESPN had cut to a shot of Tubby taking off his headset and suddenly levitating up and into the press box to communicate with Mazzone directly, I’m not sure I’d have been any more surprised.

We didn’t yet know that we had a good coach. But that afternoon, we knew that Auburn had a coach that would give us hope. We knew that when we saw him walk out of the tunnel, arms locked and expression blank-but-somehow-confident, our football team would have an opportunity to win. That hope was a precious, precious thing, and he repaid that hope over and over and over again, right up until the very end. I thank him for it.

So this is what remains the most amazing and resonant thing about what Tubby accomplished in 2004. Not the overwhelming collection of offensive talent that makes a 13-0 SEC championship season possible; not the display of ice-blooded poise shown in the victory over LSU, one unequaled (in my opinion) in the 25-plus years I’ve spent following Auburn football; not the steady hand that joined Auburn’s current head coach in turning a collection of above-average but hardly dominant talent into the country’s best defense.

How many coaches ever do that? Ever? It goes beyond the word “shame” that Tubby didn’t get to prove the “for better” half against USC. That would have been possible, too.

Also possible: a loss to Alabama. Even if Auburn had the better team. Even playing the game on the friendly soil of Jordan-Hare. Even with SEC titles on the line. We all learned that lesson in 2001.

But if a loss to Alabama was, like all things with Tubby, always possible, that lesson was applied in a way the ones from Tubby’s Arkansas encounters never were. Five times between 2003 and 2008 Auburn had a better team than Alabama. Auburn won all five of those games.

Many Alabama fans will say “So what? Auburn should have won. Auburn was better.” Auburn fans will tell you that Auburn having the better team represents an opportunity our head football coach cannot afford to miss. He missed against Georgia, missed against Arkansas, missed against LSU. But after 2001, he did not miss against Alabama.

The hope. 2004. The streak. These are substantial, substantial gifts for a football coach to give his team’s fans, and Tubby gave us tons more beside: healing some (some) of the wounds from Jetgate; a program we could be proud of for reasons other than football, like a solid graduation rate and an absence from both the NCAA’s and local police’s rap sheets; a natural charisma and down-to-earthiness that gave Auburn people the personal connection to their football coach we’ve always craved.

This is why I wanted Tubby to return in 2009. He had given us that much. We could give him the dignity of another year.

But that doesn’t mean that after losing 36-0 to Alabama, it was the best thing for Auburn football. Because the coach we knew as Tommy Tuberville was gone. When he came out of the tunnel that day, the hope was there. When he want back in, it was gone. Tubby had gone an entire season in which we’d believed anything was still possible; what we learned in the misery of 36-0 was that some things just weren’t any more.

If we didn’t have that hope, we didn’t really have Tommy Tuberville. I still mourn the bitterness and divisiveness that marked his departure. I still celebrate his remarkable accomplishments at the Auburn helm. I still thank him for his gifts to me and everyone bleeding burnt orange and navy blue. I still wish he hadn’t become an overnight Auburn refugee, the ex you see around but never speak to.

But none of that changes the fact–the fact–that his time had passed. Auburn 38, Georgia 21 was the beginning. Alabama 36, Auburn 0 was the end.

But start elsewhere. Start with the hard work in the autumn sun, that sun glinting in his glasses, the broad smile and hands held high, the clouds still gathering far, far away. Start there.

*I realize there’s some hypocrisy in criticizing other fans for trying to position Tubby as some near-mythic heroic figure, and then turning around and portraying him as some near-mythic tragic figure. But I like the metaphor here, so, you know, whatever.