Say, those don’t look like cows. If you ever needed (more) proof that literally everyone loved and/or loves themselves an Auburn lady, please check the following: 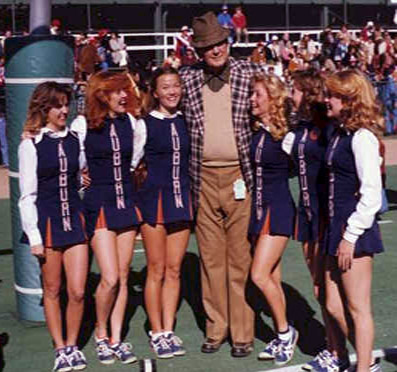 Unlike his alleged spiritual successor in charge on the Capstone today, it turns out the Bear was, in fact, only human. (Thanks for the pic go to a ‘Bama-affiliated friend who, for understandable reasons, wishes to remain anonymous.)

Not a ton else to pass on this Friday afternoon, but there’s a few things:

Sports with Bats. Auburn’s baseball season is now only a week away, so it’s not really surprising the kinds of .gifs PPL’s Kevin is having to resort to to express his excitement. Those two links will give you a fat wad of information to digest before things get underway.

As for the softball team, their season has already kicked off with a 5-0 loss to Washington down in Tempe. Hardly anything here to be ashamed of, though–the Huskies are the defending national champions and No. 1 team i nthe nation, and starting Tiger pitcher Anna Thompson held them to two hits. Auburn was picked to finish third in the SEC West.

So that’s two bats-and-balls sports … but did you know that at the club level, Auburn’s got a third? I didn’t either until PPL reported on Auburn’s impressive club cricket side. A picture of the team hoisting the “Tiger Cup”: 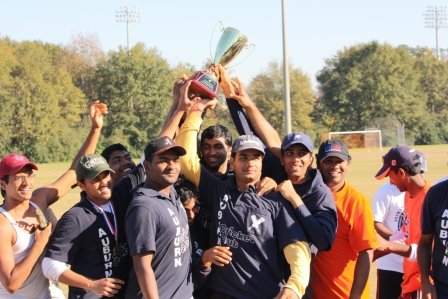 Auburn will be battling for a national title in March. We’ll be watching. Or PPL will. Someone.

Lastly: a tip of the cap to Tiger legend and future Hall of Famer Frank Thomas, who retired this week and will have his number retired by the White Sox.

If you skip the TWER front page, you really screwed up this time. Because it meant you might have missed this incredible story from Jeremy on recent Auburn alum Lindsay McCormick, on track to become the next Erin Andrews, but like twice as awesome, because, you know … Auburn alum.

Winter Olympics. They start tonight and continue through the weekend (and, uh, the next two weeks), and even speaking as a closet NBA fan, if you watch a bunch of dumb All-Star hoo-ha instead of the men’s downhill I don’t get you. Look, the U.S. isn’t even going to suck this year. Look, the JustCoverBlog already has a bunch of Winter Olympic gambling advice for you.  Watch.

And while we’re discussing winter sports, I don’t know why the Thrashers didn’t embrace this 1970s Atlanta Flames limited edition patch as a starting point for their nickname/mascot: 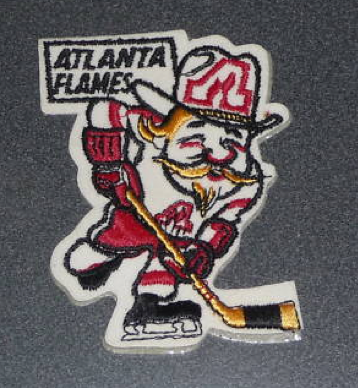