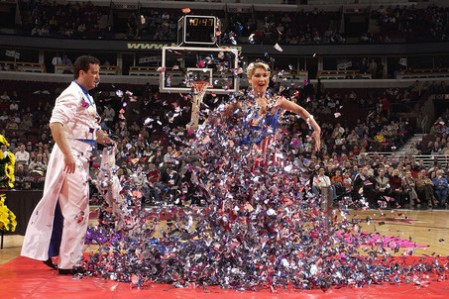 So … about the game? Not an easy one to call. Despite the identical 2-6 records, Georgia’s been the much better team over the course of the SEC season; their two wins have come over much stronger teams by much wider margins, and the Dawgs have been more competitive in their losses as well.

But of course Auburn’s playing at home, and they’ve got an interesting matchup advantage in the backcourt, where they rank in the top 50 in the country in steals and the Dawgs rank amongst D-I’s very worst at giving steals up. The Dawgs’ size (and particularly their offensive rebounding prowess) could cause Auburn major problems if they can get into their halfcourt sets, but if the Tigers can harass the Georgia guards into a 15-20 turnover night and get some easy points on the break things should turn in the home team’s favor.

The stakes? Pretty much every game is a must-win at this point for Auburn and Jeff Lebo if they’re going to make a run to an NIT berth, but a home loss to Georgia would be a particular black eye. As Andy Bitter’s preview emphasizes, this is a matchup between one coach coming off a 10-6 SEC season in his sixth year at his program, and one in his first year at a program that went 3-13 in the league last year. The latter beating the former on the former’s home floor isn’t going to do much for the former’s job security, that’s for sure.

Hey! How dare you say … something that’s probably accurate. Pat Forde’s weekly column at ESPN this week polled a bunch of sportswriters to name the best and worst college towns and college hoops towns on their beat. Not entirely surprisingly, Auburn got cited as the worst basketball town in the SEC. Phillip Marshall responds that it’s not the town or the fans so much as the basketball itself … but I’m not all that offended. Marshall’s right that the men’s program’s failures are the principal cause, but I’m not sure the cause matters all that much; however it happened, Auburn’s support and enthusiasm for its hoops surely does rank among the worst in the league, and has for a while.

However, two things do rankle me about Auburn’s cameo in the column:

1. The anonymous quoted writer’s slam on Auburn for setting the capacity of the new arena at 9,600. Capacity of Cameron Indoor: 9,314. Of Hinkle Fieldhouse: barely more than 11,000. The No. 1 complaint about Auburn’s home basketball games is that there’s no atmosphere, so Auburn went with an arena plan that emphasizes atmosphere above everything else. This is somehow a bad thing?

UPDATE: The voice behind this particular quote? None other than Kevin Scarbinksy himself. Not often that K-Scar is this wrong, but he’s way, way off here.

Sigh. How deflating is it to see Sam Houston St. pop up in ESPN’s Bracketology with their best win listed not as “at Auburn” but “N-Oral Roberts”?