Via new Auburn blog You’re So Right, Carl (or is it just So Right Carl?), watch (to the end, it’s worth it) how long it freakin’ takes for this kid to walk to the end of the Bammer line at the Gardendale Walmart. 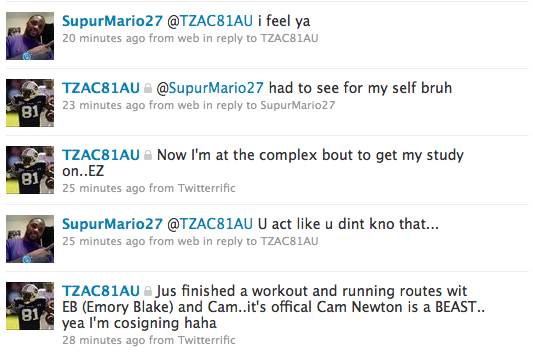 *** Yeah, this will probably work better:

Make a personalized gift at Zazzle.

*** You thought you were going to win, didn’t you?

I’m pretty sure TWER broke the accompanying video — you’re welcome — but here’s the story on Evanston, Ill. city council members owning up to the conditions of a bet made with Auburn mayor Bill Ham about the outcome of the Outback Bowl. 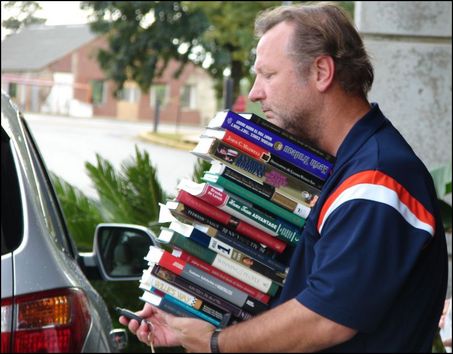 Did you hear about the Tony Franklin Circus fire? It was intense! — “Ba–dum-chhh.”

I was planning to post this excerpt from one of the book’s (surely) Tony Franklin lugged out to his car after being fired halfway through his first year as Auburn’s offensive coordinator before news of protege / successor’s hire at Texas Tech broke, before Ray Mellick called up Tony Franklin for a quote about it and got him to say “Heck, I’m a huge Texas Tech-Tommy Tuberville fan now. How about that?”

Tommy Tuberville is my favorite Division 1 head college coach. I’ve only personally been around him twice, once at lunch in a Montgomery, Alabama hotel and once during spring practice at Auburn University. Running Backs and Special Teams Coach Eddie Gran and Offensive Coordinator Noel Mazzone had become friends of mine, and I’ve also been around several of his other assistants. Each assistant coach has one common theme when discussing Tuberville – Tuberville’s loyalty to his staff and their loyalty in return to him.

Any employee of any operation wishes for the same thing: to be treated with respect and to have his best interests looked after. Tuberville is known for treating his assistants with respect and dignity and they in return are incredibly loyal to him. Assistant coaches have camaraderie at every level of coaching and all share their feelings about their bosses. Auburn’s assistants share a type of reverence for their boss that is uncommon in today’s world. Tuberville is headed towards a National Championship destination at Auburn. He has put together a quality staff and has won over the state of Alabama with his and his staff’s treatment and respect of high school coaches. You’ve got to be secure in your ego to give responsibility and credit to assistants and that’s exactly what Tuberville has done.

from Fourth Down and Life to Go: Lessons learned from the good, the bad, and the ugly experiences of Kentucky Football, pg. 84.