I heard about the ‘Peace Eagle’ line at a house show on Glenn. I nearly lost it.

We were all standing around outside having, like, a glory days contest. Oh yeah man, there was that one show. Oh yeah, that was that Van Pelt show. Dude, Jonathan Fireeater?

And then someone… it was probably Jaime… points over to Cheetah standing by himself, trucker hat, glasses, like a professor watching the class on a field trip

I walked over and tapped him on the shoulder.

Auburn’s almost-famous rock’n’roll luminary  – that’s what he wanted me to call him when I wrote about this five years ago – stared straight ahead, smiled, then nodded.

“Yes, the stories are true.”

It was a free concert sponsored by UPC, October, 1988, the second year in a row MTV had deemed Auburn worthy of its New Music College Tour.

Originally just Living Colour and The Godfathers were on the bill.

And then UPC coordinator John Burgess got a phone call. It was MTV network execs.  They wanted to see if the Student Activities Building could facilitate the additional sound, lighting and film equipment necessary for a television special celebrating the first U.S. tour of a third band that was riding a wave of college radio success.

The band, from Iceland – Bjork’s band – was The Sugarcubes. 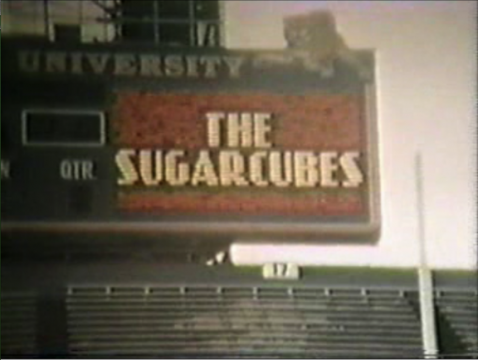 They had played “Saturday Night Live” the Saturday before the show, chillaxing with a cast that included the great Victoria Jackson, who had told the Auburn Plainsman two days prior “I love Auburn. The only fun experiences I had in college were at Auburn.” (So it stands to reason that two of my favorite women in the world discussed Auburn together).

Auburn actually beat out several schools for the gig, including Rutgers and South Carolina, based on its reputation from the previous year and, I’m assuming, MTV’s awareness of the compelling juxtaposition of Icelanders rocking the Deep South.

The Sugarcubes played last. Chet was there.

“I was a freshman that night,” he said. “Young. Fresh. Exciting. Eager.”

Auburn bohemia knew what to expect. “Birthday” and “Motorcrash” had been playing on MTV a lot.

“VJs compared them to the Jefferson Airplane because of the male-female vocals,” Chet said. 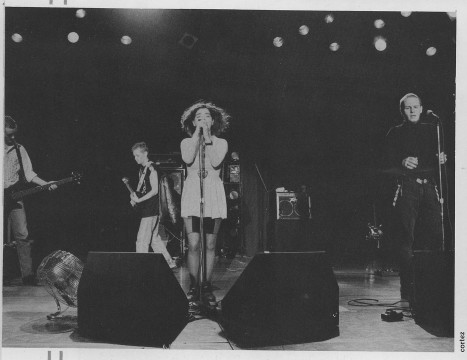 The show starts. The cameras roll. Then this 22-year-old absolute Nordic siren tries to summon the English that will in her mind reverse our consecrated, misunderstood battle cry and save the earth.

“Between songs, Bjork said, ‘I hear you say War Eagle. But I say ‘Peace Eagle,’ with her two finger peace sign held high,” Chet said. “Bjork stood still while she sang and spoke with a strong accent. The other singer was a drag.”

“Some concert goers called Einar a ‘distraction’ with his hardcore-like attitudes and vocals. Comments like, ‘I’m a peace chicken not a war eagle’ were not uncommon from Einar.”

The concert special, “Live from Auburn, Alabama: The Sugarcubes,” debuted on MTV’s “120 Minutes” and continued to air for several years afterward; it begins with – I’m fairly certain – a black and white, slow-motion pan up the west side of College Street in front of what, within a year’s time, would be Brand X Pizza (RIP).

In 2005, I stayed up all night and downloaded it from this specialized peer-to-peer file sharing network run by insomniac Bjork nerds, a scene that defines my 20’s more than I care to admit. I’m not proud of it.

Well, I’m a little bit proud of it. 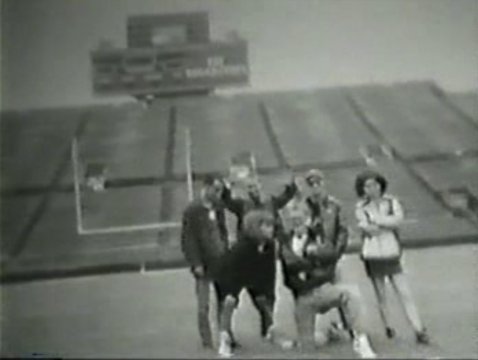 Because if not for that night and the obsession that drove it, than no screen caps of Bjork inside 1988 Jordan-Hare. No knowing that she drank from an Auburn cup on stage. No wondering whatever happened to the promo drops she recorded for WEGL wearing tight black pants and a NASA jacket. No hearing about her dancing to country music in the lobby of whatever Opelika hotel they were at. No stories from old Auburn punk rockers about spotting her the morning after buying certain items from Toomer’s.