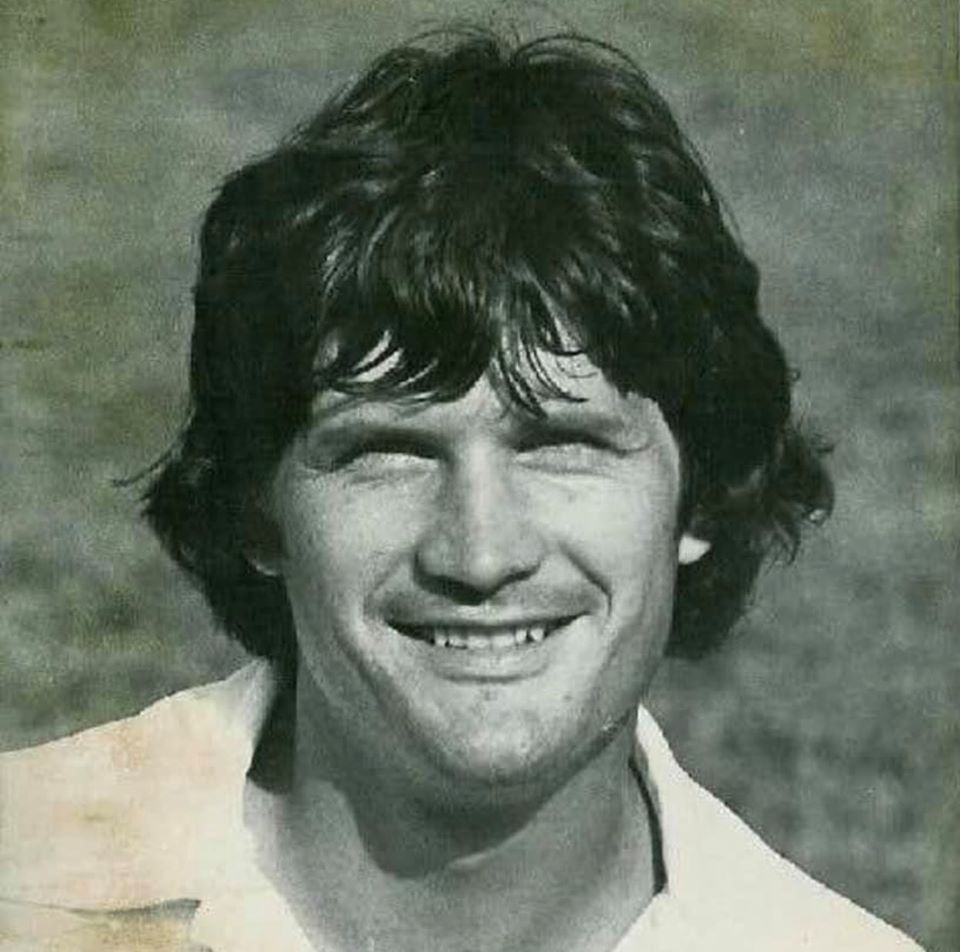 Lee Carpenter will read this between 12 a.m. and 8 a.m. He sleeps during the day. That got started when the boys were still boys so he could be rested and ready when they got back from school. When they left home, he stuck with it. He wakes up at 5 p.m., talks to Gail—they have a blinking system, and she can kind of read his lips—and watches TV, mainly the Home and Garden Network, until midnight. Then Gail hooks up him up to the computer and says goodnight, and that’s when he gets his work done, mainly through emails written with a cursor he moves with his eyes.

Maybe one of his students has a question about the criminal justice class. Maybe Gail wrote him a love letter from the living room. Maybe a writer wants to know what it’s like living with Lou Gherig’s disease.

He can’t go camping or take out the trash, or wash the car, or hug anyone.

He can’t speak. He can’t move. A nurse bathes him. Shaves him. A little suitcase-sized machine breathes for him. He can’t smell or taste. He’s fed liquid meals straight into his stomach through a tube. 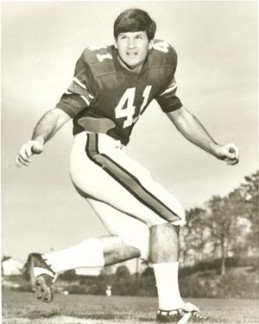 He can’t get out there in the yard with the sons and the grandsons and reenact the glory days. He can’t show them how to throw the kind of spiral that made him a star quarterback at Childersburg High School in 1970. And he can’t show them The Tackle.

After Bill Newton blocked two punts in the final minutes of the 1972 Iron Bowl and ol’ David Langner ran them both in for touchdowns and Gardner Jett kicked the extra point, all Auburn had to do was hold off the Crimson Tide for one minute. Just stop Bama one more time.

BOOM – the kick off. BOOM – The Tackle. And the white Auburn jersey that made it? No. 41—Lee Carpenter.

“Of course I made other tackles during those two years and maybe even in that same game,” says Carpenter, a defensive back for the Tigers from 1971-74. “But being in on that tackle, knowing now Alabama would have to go 80 yards in so little time against our defense… was the most important tackle or performance for me.”

Auburn went on to win the game, arguably the most memorable in Auburn history, 17 to 16.

He can’t high-five any of the old teammates about it when they stop by the house. But he can listen to them tell the old stories. He can listen to the birds up in the oaks thanks to the sun room the guys built for him with funds raised by the Auburn Football Letterman’s Club. He can love the wife who rolls him out there with all of his heart, one of the few muscles that still work. And he can believe in the God who made it still possible to do things like earn his master’s degree online and teach a distance learning course for Central Alabama Community College with an optically controlled computer interface and make a little money for the family.

In other words, he can live.

“It’s just a way of life,” Gail says. “We’ve lived with it a lot longer than without it.”

Carpenter was diagnosed with Aymaotropic Lateral Sclerosis (ALS), commonly known as Lou Gehrig’s Disease, in 1986. He was playing golf. He hit the ball over the fence. When he went to climb it, his leg wouldn’t work. By 1991, he needed a ventilator to stay alive. At first, he wasn’t going to take it. He was just going to slip away. 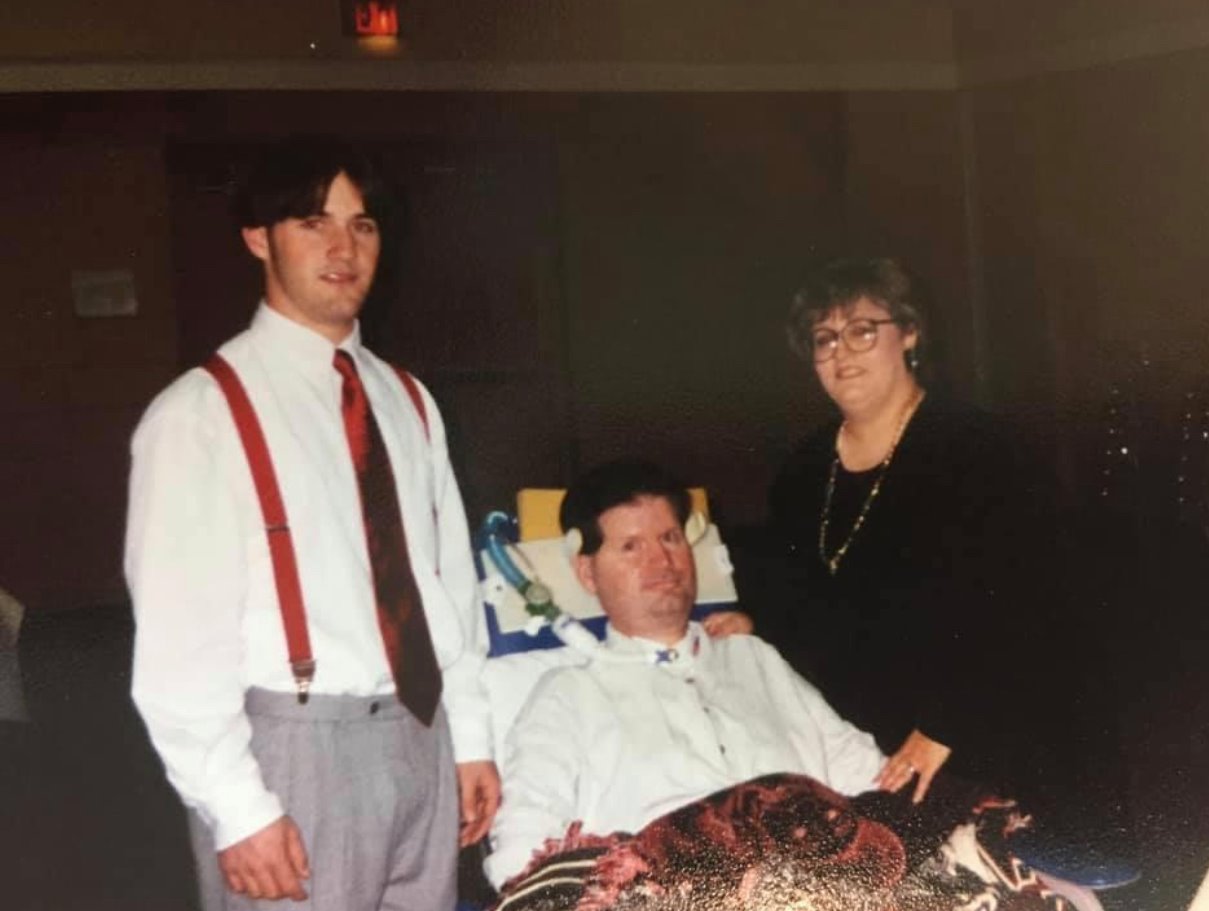 “One night when things were at a critical point and I was having difficulties breathing, we went to the hospital,” Carpenter says. “That night the doctor said ‘it’s time to make the decision.’ I said ‘we have the will, everything is in writing,’ and I accepted my fate. After a few minutes something came over that told me our boys needed a dad and I said ‘do the ventilator.’”

That means his grandchildren still have a grandfather, and Gail still has a husband, and the old teammates still have No. 41.

So what’s it like living with Lou Gehrig’s Disease?

It took him seven hours to blink the answer…

* What happens at the Chi Omega Fall Woodser stays on The War Eagle Reader
* I Survived the Kopper Kettle Explosion and all I got was this t-shirt
* Erin Andrews at Toomer’s Corner
* The Ron Swanson Pyramid of Auburn
* Montgomery Business that de-toilet papers Toomer’s busier than ever
* Auburn’s Miss Universe contestant, Audrey Moore
* Auburn amputee has tiger-striped prosthetic legs
* Model Molly Sims spotted at the Iron Bowl in an Auburn jersey