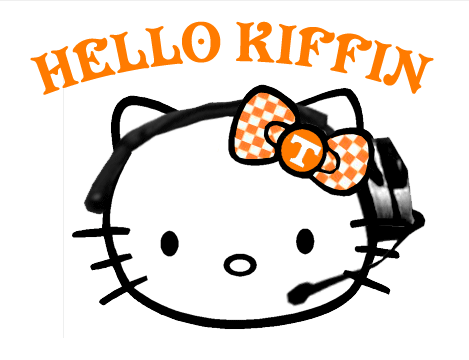 This is something of a petty post. But I’ll come right out and admit it: the feelings I have regarding Lane Kiffin and the Vols have been pretty petty ever since they hired a guy with a track record near-identical to Gene Chizik’s and got praised for their bold, high-risk-high-reward, forward-thinking move while Auburn hired the actual Gene Chizik and became a national laughingstock. They only became more petty as Kiffin became an SEC cause celebre for little more than running his mouth and assembling a staff barely more impressive than Chizik’s (if at all) while Chizik and his staff went about their work in (mostly) anonymity*.

So yessir, I want Gene Chizik to prove himself a better coach than Lane Kiffin. Yessir, I’ve received a healthy dose of schadenfreude over the news out of Knoxville the past several days.

To be fair: on some level I can sympathize with Vol fans who are asking “uh, why us?” over an NCAA investigation into (and Thayer “Jackass” Evans NYT article about) practices that at least sound like the sort of thing that goes on at any serious football school you’d like to name. On the other, though, when you spend the first year of your tenure begging for attention in a manner that the Lohans recently referred to as “shameless,” you can’t really complain when you earn the fruits of that attention, can you? The saddest part, as Orson points out a thousand times more entertainingly than I ever could, is that Kiffin never needed to paint a giant bullseye on himself and his program to accomplish what he needed to accomplish. There’s more goodness (and a much-needed Clay Travis fisk) from TSK.

Of course, what’s funny about this NCAA thing is that when all is said and done, it’s probably the second-most damaging bit of news to afflict Kiffykins this month, behind watching both Eddie Gran and Frank Wilson make lateral moves to programs Tennessee regularly recruits against and rumors swirl about the future of The Orgeron. Gran and Wilson have connections to the areas they’ve just moved to, but still: for them to both take new jobs after only a year with Kiffin–jobs that don’t even qualify as promotions–tells me something may be rotten in the state of Denmark.

So, tallying up the Chizik vs. Kiffin scorecard to date, one coach has

1. kept his all-star staff intact for longer than a month into the offseason
2. managed not to prompt an NCAA investigation
3. won in the other coach’s stadium

and the other has not. It’s still very, very early, but at this stage I’ll gladly take the first coach, won’t you?

*Big Cat Weekend excepted, obviously. And I guess the Limo Gambit. OK, so maybe they were only anonymous when compared to Kiffin and Co. The point’s still valid.