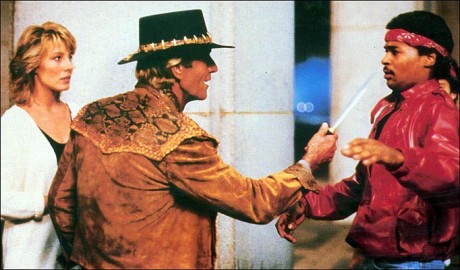 Officials with the Outback Bowl might announce that Auburn is its SEC team this afternoon, according to a report from Evan Woodbery. And Knoxville, Tenn.’s CBS affiliate WVLT is reporting that a source close to the University of Tennessee says “the Outback Bowl will not select Tennessee as its SEC team for this year’s game in Tampa, Fla., on New Years Day. … Auburn will be selected for the Outback Bowl and Ole Miss will be the choice for the Cotton Bowl.”

According to the Outback Bowl’s Facebook page, the bowl’s representatives were at Auburn’s game at LSU (ouch!) but also were in Auburn for the game against Ole Miss (whew! redemption!).

The Outback Bowl is a Jan. 1 game played at Raymond James Stadium in Tampa Bay, Fla. It is a matchup of the SEC vs. the Big Ten.

UPDATE, 3 p.m.ish: It’s all but official now: Auburn will be going to Tampa to play the Outback.

Big, big coup for Auburn and a hearty laugh is due for the crimson skeptics who predicted the Tigers would have to slink off to Shreveport or the papajohns.com because no one wants to watch Auburn on national TV. (The professionals refer to this kind of syndrome as “projection.”) How’d it happen? We’ll still have to wait on official word on that, looks like, but Andrew Gribble’s quoting the omnipresent “source close to the situation” that Tennessee balked at ticket-sales quotas they believed to be “against the rules.” (No, I don’t know what rules he or Mike Hamilton or the source are referring to either.)

The opponent: still likely Wisconsin, but Goldberg’s softened his stance and it makes sense: the Badgers still have to finish their season at hapless Hawaii this week and Nebraska could still throw a spanner in the works as described below.

But yeah, it’s still probably not too early to post this:

NEW UPDATE: Uh, nevermind that Northwestern talk below: Charles Goldberg is reporting both that the Outback will announce Auburn as their selection this afternoon and that the Tigers’ opponent will be Wisconsin. As Goldberg mentions, this makes Auburn the “big winner” of the 7-5 Bowlpocalypse, not that–as I plan on demonstrating later today–Auburn’s not plenty deserving.

UPDATE: Jerry here, after a brief bit away from the computer. If Auburn does wind up in Tampa, it seems a fairly safe bet their opponent will wind up being Northwestern. The Wildcats finished fourth in the Big 10 by virtue of their head-to-head win over Wisconsin, and even though the Badgers would probably travel much, much better than Northwestern (who has problems filling up their own stadium even in good times) …

1. The Big 10 has traditionally been a little more rigid about their bowl slotting than the SEC (as the “Auburn to the Outback” story alone should tell you)

2. Wisconsin has made five consecutive trips to Florida for bowl appearances, including a pair at the Outback. The Outback may feel like trying for something different.

That said, again, Wisconsin is a substantially more attractive option from the standpoint of ticket sales, and would offer a kind of rubber match between the Tigers and Badgers after Auburn’s 2003 Music City Bowl championship and Wisky’s’ ruthless takedown of Auburn in the ’06 Cap One.

All of this changes dramatically, however, if Nebraska upsets Texas in the Big 12 title game. Right now it seems exceedingly likely that either Penn St. or Iowa will land a BCS at-large berth, but it’s also exceedingly likely in my opinion that a Huskers victory would squeeze them out in favor of Boise St. The result: everyone slides down one slot and Auburn winds up facing the Nittany Lions, since Iowa finished ahead of PSU in the standings and the Outback would rather avoid having them back for a second straight year.

Let’s also be clear about this: this is all tremendously idle speculation until the moment we get an actual announcement, of course. Grains of salt are prescribed.