*** Fine Wine and Beer by Gus (located in Flint’s Crossing Shopping Center) is holding a Wicked Wine Tasting from 6-8 p.m. The Independent starts its Rock and Roll Halloween Party at 10 p.m. Hematovore, Courtesy Murder, and We Are 138 are playing. — [JDH – 4:55 p.m.] 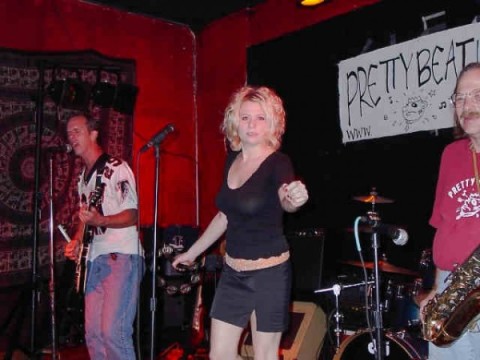 Remember that local band Pretty Beat Up? And that hot girl they had up there just absolutely doin’ her thing? The same girl who would sway the crowd back and forth with that “Johhhhhny Depp” song? Yeah, she’s writing for us now. And there are tons of pictures up of her pumpkin carving party.

*** This completely slipped our minds, but yes Virginia, we do have a winner of the ‘Sometimes you feel like a Nutt’ contest. The winning entry will be on display tomorrow in Jerry’s Game Day post, which is fast becoming an Auburn tradition — [JDH – 4:43 p.m.]

*** Ben Bartley offers up high hilarity a la costume ideas for Auburn fans. In response to seeing it posted with the classic Brandon Cox costume shot, he writes:

The Brandon Cox picture reminded me that I saw him at the LSU game. He was sitting on basically the last row of the upper deck — the worst seats in the house. I know he had his ups and downs, but I thought he could at least get some decent seats. After all, he never lost to Alabama.

*** Late start. Blame a late night City of Auburn Halloween’ing. Speaking of – 1988 All-American Auburn nose guard Benji Roland lives down the street from TWER HQ and he gives out candy.