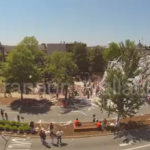 It won’t be the last. And it isn’t from the best vantage point (no offense Ware’s Jewelers balcony). And it stops well short of the street sweeper clogging, night blizzard zenith. And it has that dang watermark. But it is the first, at least that we’ve found, and hey, check out that crane that pops […] 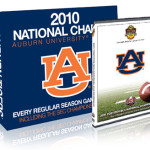 They say that history books are written by the victors. But as WarDamnPhil has shown us time and time again this season, the time-lapse videos are Auburn’s, win or lose. … You’ll obviously want to relive Auburn’s national championship season now more than ever. So go to WarEagleDVD.com and enter TWER as your promo code. […]

WarDamnPhil turned his camera around this week to bring us a time-lapse masterpiece not of an Auburn game but Tiger Walk. He’s becoming what you call an artist. … Keep Reading: * Five Auburn coeds featured in Playboy’s “Girls of the SEC” issue * John Travolta in an Auburn shirt * Auburn cheerleader and “Survivor” […]

The WarDamnPhil who brought us this wonderful recap of the Auburn snow day returns with a time-lapse’ing of Auburn’s game against FAU. It’s a lot more fun to watch this way. … Keep Reading: * Three-hour delay turns flight to Phoenix into Auburn pep rally * ‘Cammy Koozie’s’ fund family’s trip to Glendale * Screencaps […] 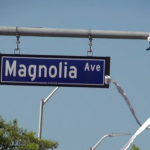 You’ve never seen a Toomer’s Corner rolling until you’ve seen it in slow motion, which videographer and Auburn alum Alan Brazzell, one of the main magicians behind the Jordan-Hare Jumbotron (check out our story on him here), tries to work into his latest opus as much as possible. This could have only been better had […]