I know what you’re thinking—Tim Cook has done it with computers, Bo Jackson with sports, but when is an Auburn grad going to conquer the Electronic Dance Music charts?

They call themselves STASH, and by all accounts they have the look, the sound—their single Don’t Tear Me Down is apparently tearing it up—and the savvy to take on EDM FTW.

But the true secret to their success obviously lies in the education received by Amanda Maze, the brunette, opera-trained yin to partner Steph Prost’s rapping, blond yang. Because Maze didn’t just walk away from Auburn with a degree—she walked away with a crown.

“Yes, I was Miss Auburn University my freshman year (2002),” Maze says. “I don’t remember the pageant director’s name at the time, and this is kind of throwing him under the bus, but… the night of the dress rehearsal, he came up to me after the rehearsal and said ‘you did a really great job and you’re super talented, but a freshman has never won so don’t get your hopes up.’ So of course I’m thinking ‘watch me.'”

He watched her. So did the judges. She made history—the first freshman Miss Auburn University. And even though rock stardom demands one cultivate an anti-establishment edge, she doesn’t shy away from her college pageant past. It’s in her bio and everything. Pageant power, War Damn. (That’s how she signs off in emails: War Damn.)

“Auburn has always been in my heart,” says Maze, who came to Auburn from Hoover High School in Birmingham. “Both of my parents graduated from Auburn and I have been going to football games since I was a baby.”

Her last was the national championship game vs. Florida State, the school she might have wound up at had it given her the vibe she wanted from a place she was about to spend the next four years.

“When I went to Auburn for my entrance audition, they practically rolled out the red carpet for me and made sure I knew that they wanted me there no matter what,” Maze says.  “Dr. Smith was the head of the music department at that time, and he and the other voice coaches and professors in the department took me under their wings and nurtured my talents and my music career.”

It seems to have paid off. 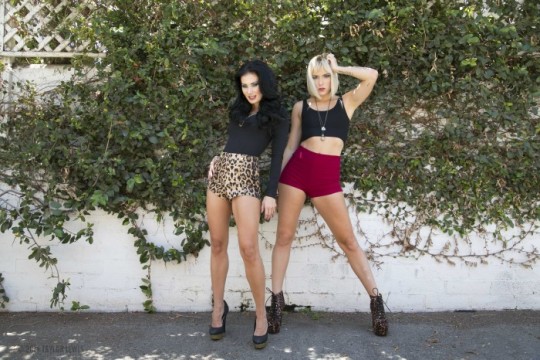 According to STASH’s website, Don’t Tear Me Down reached No. 4 on the Mediabase Top 40 Pop Independent Label/Artist Most Active rankings and enjoyed an extended stay on the BDS Top 40 Indicator Chart. The video for the song has been viewed nearly a quarter of a million times in the five months it’s been on YouTube. The group’s agent swears “it’s going to be the big summer hit of 2015.”

There’s also the successful spring break tour, a performance at South by Southwest, rotation on Sirius… all the up-and-coming musts. But Maze says no matter how up she comes, she’ll still make time for Auburn football. And Momma Goldbergs.

“I can’t wait to get back to Auburn for a Turkey Delight!” she says.

“I try to make at least one Auburn game a season, though this last season STASH shows, touring, and music video shoots prevented me from going. But this season, I plan on coming back for at least one game, possibly two. I’m absolutely thrilled.”