Jimmy “Big Red” Phillips passed away last Wednesday in Auburn. He was 79. And he was such a good football player.

Wikipedia says it’s only 10. Wikipedia is wrong. There’s some Plainsman story from back in the day that says Red was on nearly twice as many All-America lists in 1957, 18 in total. That’s pretty wild. Maybe an Auburn record. I don’t know how it works—are there even 18 All-American lists to be on? Doesn’t matter. They would have sprung up just for him. He probably could have even been an All-Russian. In the year of Sputnik. That’s how good he was.

I can’t find footage of him in the All-American segment on the Dec. 1, 1957 episode of The Ed Sullivan Show, but here’s a clip of what he got to watch from backstage.

Shug, 1957: “Anything good that one can say about an end or a football player, I will say about Jimmy Phillips.”

Jim Phillips, 1957: “Deciding to come to Auburn was the best decision I ever made.” 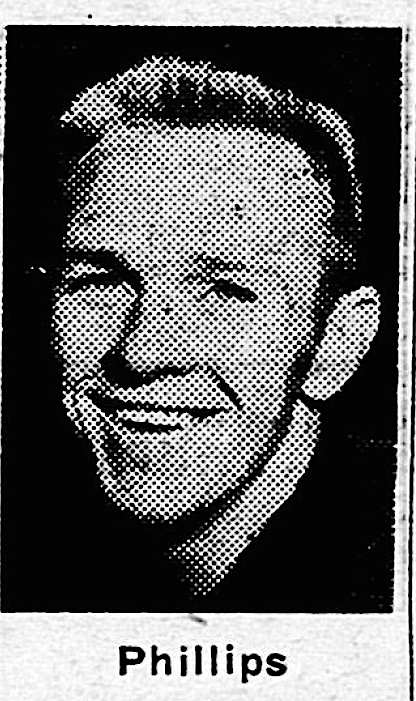 He brought the nickname—6″2, 205 lbs., red hair—with him from Benjamin Russell High School, where he was a multi-sport god. “Huge caravans,” according to the Plainsman, arrived from Alexander City for each of his freshman games in Auburn. Heading into his first varsity season, he was named Sophomore of the Year in the Southeastern Conference. He lived up to it. At the end of the year, Collier’s Magazine named him the best Sophomore End in the Country. 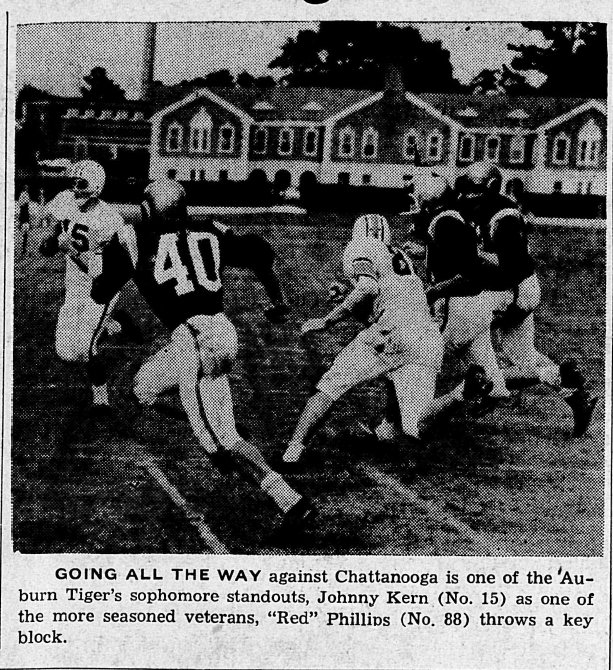 One of the reasons was his speed. Seeing as how he was the top sprinter on Auburn’s track team, it’s probably safe to say he was the fastest guy on the field.

He was also one of the fastest to the altar.

In March 1957, Phillips married Mickey Kennedy, a tiger of a majorette.

During his senior year, the amazing national championship year when Auburn was winning everything, even basketball games vs. Kentucky, Jimmy Phillips was a super-star among super-stars. Once the trophy arrived—and Red was the player up on the stage when it did—the Plainsman said he was the MVP on what as far as anyone knew was, and would forever be, the greatest Auburn team ever. Think about that.

“Although we are in the midst of Auburn’s greatest glory we may never again see such sparkling end play as Jimmy Phillips has provided the past four years.” 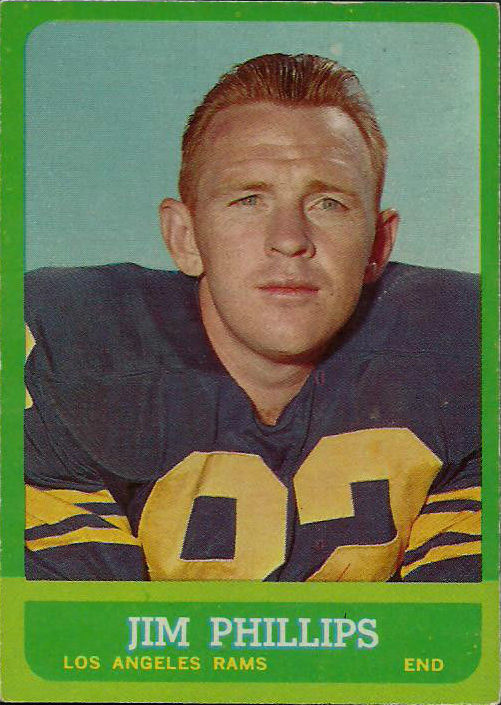 He finished sixth in Heisman voting (at the time the highest ever for an Auburn player) and went 5th in the first round of the 1958 NFL Draft. The Rams took him, which was smart. He had the longest reception in the NFL his rookie year. The L.A. press thought he was spectacular. He led the league in receiving in 1961 and wound up a three-time Pro-Bowler.

Years later, whenever it was time to honor the 1957 national champions, you’d see Jimmy. His was the side-of-the-stadium face. You probably never met him. You may not know much about him. But if you’re an Auburn fan, you know what he looks like. Oh, that guy?

That guy was the man.