In a previous post, I described the chaotic night that Auburn’s head football coach resigned at a pep rally the night before the Florida game in the dismal season of 1927. A throng of students left campus that night and created mayhem in the loveliest village. In addition to starting a bonfire in the middle of the street at Toomer’s Corner, a few students made their way to the train station with mischief on their minds.

Pranks at the train station were part of Auburn history by the 1920s. Who could forget the famous “Wreck Tech” track greasing of 1896? The depot was also a favorite place for students to socialize, and in the process have some fun, as 1913 graduate W.W. Caldwell liked to have: 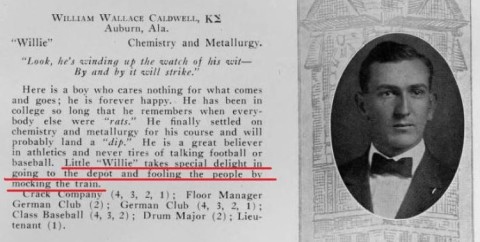 Here are some snapshots of students from the 1922 Glomerata: 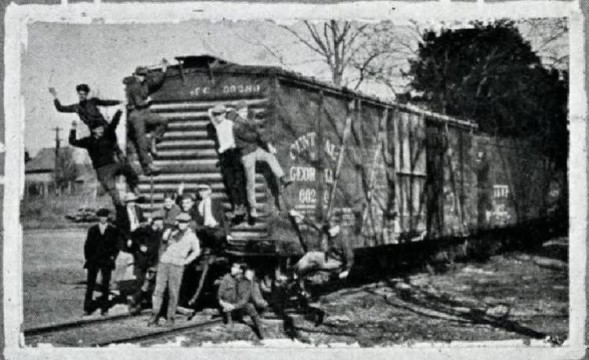 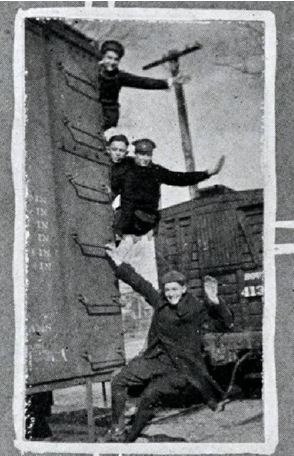 The events at the train station on the night of October 7, 1927, exceeded all previous tomfoolery by far. A crowd of students met the No. 36 train when it stopped at 8 p.m.. For a few minutes, the students commandeered the train and teased the passengers, but most noteworthy was what they were wearing. 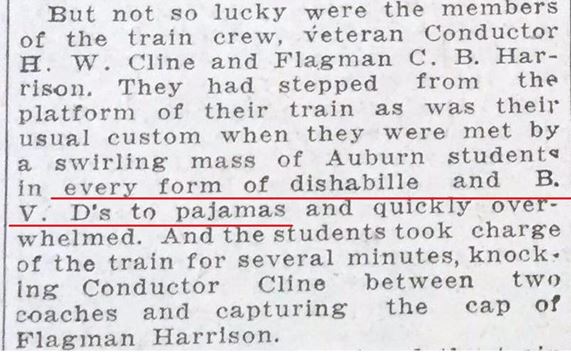 Did that say BVDs? Yes, it did. But before you imagine a bunch of (inebriated?) college men in their tighty whiteys (too late, right?), the clothing they were in was most likely not quite so indiscreet. This 1922 ad for BVDs in The Saturday Evening Post probably offers a good idea of the kind of undergarments being discussed above: 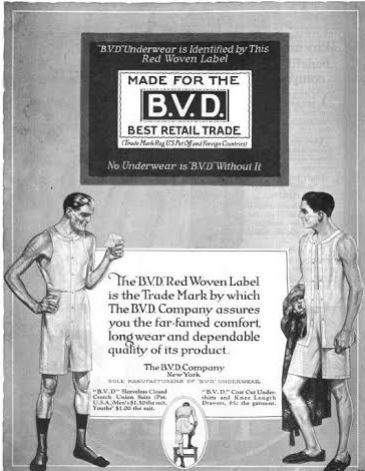 You can imagine how embarrassed Auburn people were about this incident. The Advertiser made clear that such behavior was not typical of Auburn students.

The Plainsman, when reporting on the events of the entire night, including the bonfire and burned oak tree, had this to say: 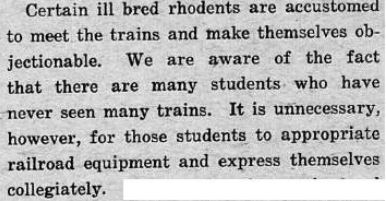 When students met with the Governor and Trustees about the “riot” of 1927, they made clear that such behavior was not acceptable. Many of the seniors recounted their attempts to stop the mayhem and the insults to API President Spright Dowell. The Plainsman ended the column with this admonition: 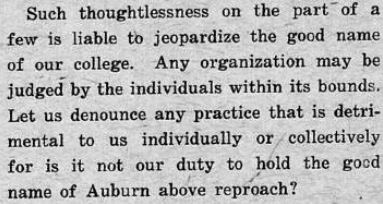 In my humble opinion, these kinds of antics have never been typical of Auburn people, and there is little wonder why the events of October 7, 1927 quickly faded from memory. But almost 90 years later, we can have a laugh at it and still remind Auburn students of their “duty to hold the good name of Auburn above reproach.”

Michael Strickland (AU ’97 & ’98) lives in Murfreesboro, TN with his wife, Mary (AU ’98) and three kids, who really hope to get in-state tuition some day. He has a PhD in Theology from the University of Birmingham, England, (and is not afraid to use it) and is Assistant Professor of Theology at Amridge University. Michael is from Moulton, AL, a town older than the state (seriously). He has never boarded a train in his underwear, though there were a couple of times he almost lost his religion waiting for trains to pass in Auburn. He has a fairly boring website: professorstrickland.com. He tweets at @stricm3, and will give a free ice cream cone to his 10,000th follower.