The Greenbay Gazette was going for some nice detail to really put you there when, Karl Jonsson, an out-of-work electrician from Gresham, Wisconsin, opened the door to a million-dollar check from Publisher’s Clearing House:

With his teenage daughter watching though a window, Jonsson stood in bare feet on the front sidewalk surrounded by news cameras and the Prize Patrol staff.

… but they left out the most important part. Above those bare feet, and below the hands clasped to his face in disbelief: A pair of Auburn sweatpants. 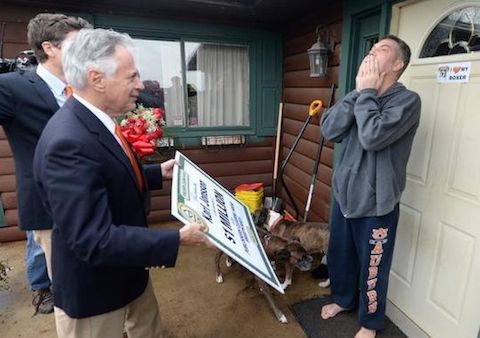 “I’m going to Tampa!” he (should have) shouted.