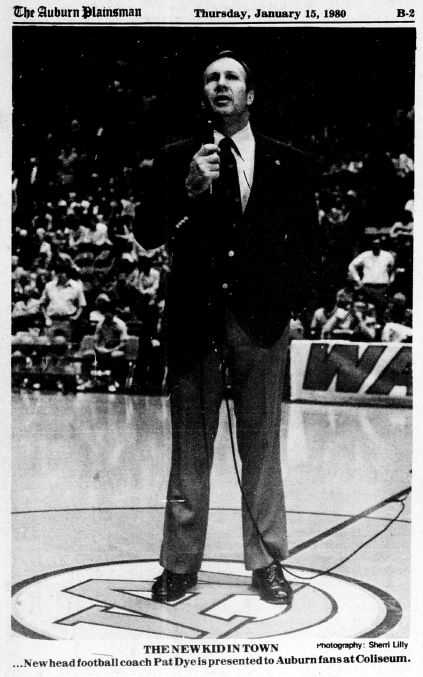 Pat Dye was introduced to Auburn fans on Jan. 10, 1981, at the Auburn-Florida basketball game in Beard-Eaves Memorial Coliseum. We have an eight-second clip of it. The video is silent, but the place was loud. Dye got a standing ovation. He said that encouraged him.

Here’s a great picture of his family taken a few months later.