We’ve kept coverage of Krystal Marquee communiques mostly confined to Facebook and Twitter for the past year. But offering free burgers to entice a replacement for now former Auburn defensive coordinator Ellis Johnson seems pretty post-worthy. Maybe that’s what it will take to get the right man for the job. Maybe sacks will equal sacks. 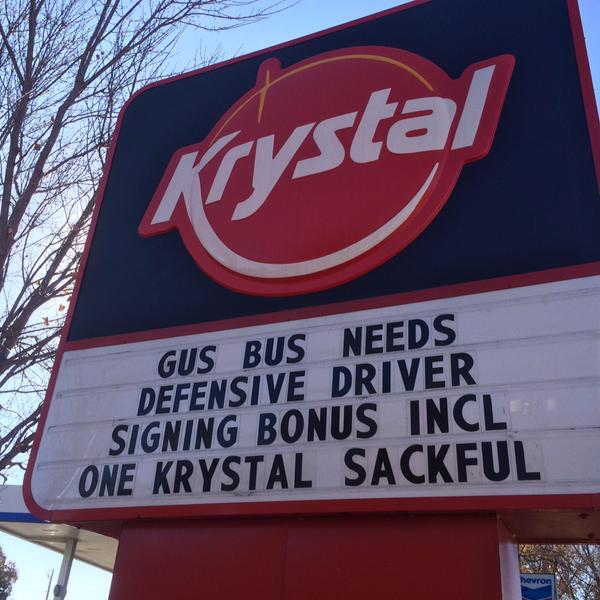 “I’ve already told the manager—whoever it is, if they come in, we’ll give it to them,” says Tom Wadsworth, who owns the South College Krystal store. “I think it’ll be the turning in the decision making.”

He’s joking about the last part. But hey, it wouldn’t be the first time fast food has factored into an Auburn football decision.

And who would he want to give a sackful to?

“Well obviously Muschamp would be a good choice,” Wadsworth says. “But there are other good ones out there I’m sure.”