If you were at Auburn in the late 90s, Wynn Everett might look familiar.

She may also look familiar if you’ve seen Charlie Wilson’s War. Or CSI. Or NCIS: Los Angeles. Or Vegas. Or Grey’s Anatomy. Everett is one of those of those B-list beauties (in name, not looks) who populate prime time series one “guest starring” episode at a time. At least she was until landing a role—a recurring role, a character—on HBO’s The Newsroom in 2012.

Everett, who graduated from Auburn in 2000, plays Tamara Hart, an assistant producer person for ACN’s News Night. It’s a background role, sure—a pretty face off which to bounce Aaron Sorkin’s verbal volleys written for heavy hitters Jeff Daniels, Olivia Munn, Alison Pill, and Sam Waterson as they decide how to cover the Bin Laden raid or Weinergate. But hey, she almost had to take the Weiner Girl.

And she’s pulled it off well enough to make it into the show’s second season. 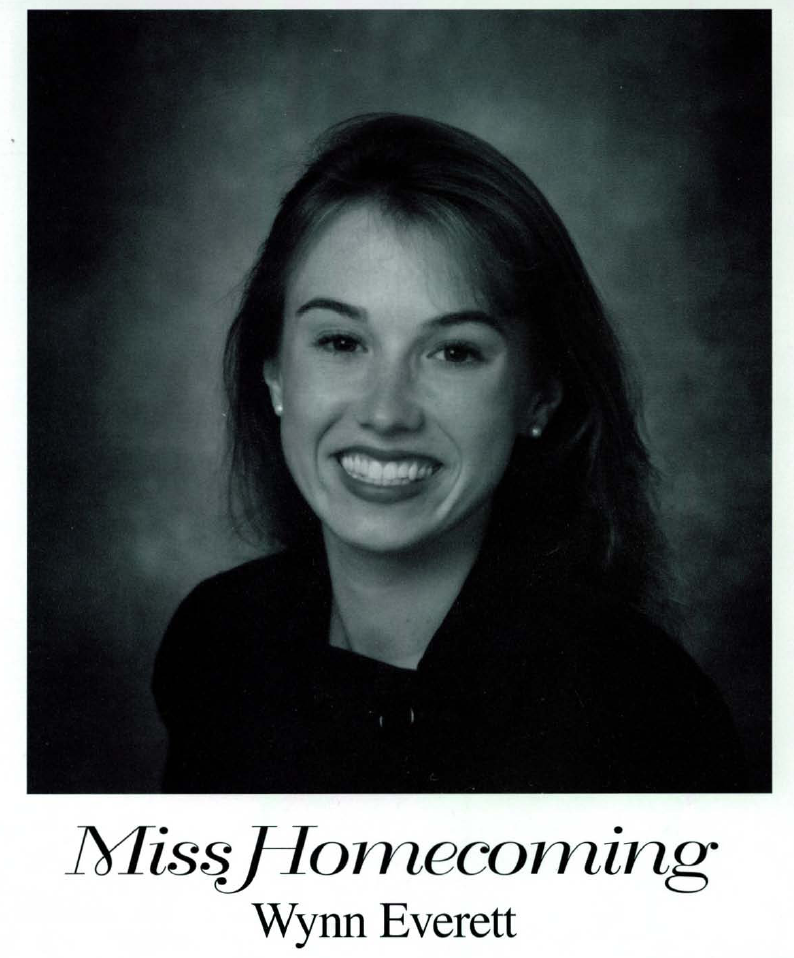 “I will do my best to represent the spirit of Auburn and the Homecoming weekend,” she told the Plainsman in a profile of Miss Homecoming candidates that ran before the 1998 Central Florida game. “Also, we have never had a Miss Homecoming who is an accomplished accordion player. Just think what a dimension of excitement that would add to the festivities.”

Yes, accordion—that’s how she campaigned. She walked around with an accordion playing the Auburn fight song. She rules. Does anyone have a picture of that? Please send it to us.

“I wanted to be different, so that is where the accordion came into play,” Everett was quoted as saying in that year’s Glomerata. “As a Camp War Eagle counselor, I had learned to play the War Eagle fight song. Since I rarely get embarrassed, I decided to bring it along with me so people would remember me, and to show my love for Auburn.

“My purpose for the week was to show how much fun I had during the week and to show my love for Jesus Christ. I was so thankful to even have the opportunity to be in the top five. I decided I was going to have fun and meet as many people as I could without any regrets.” 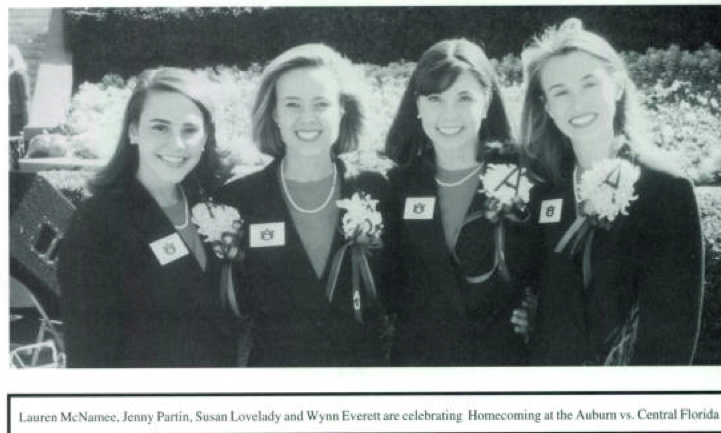 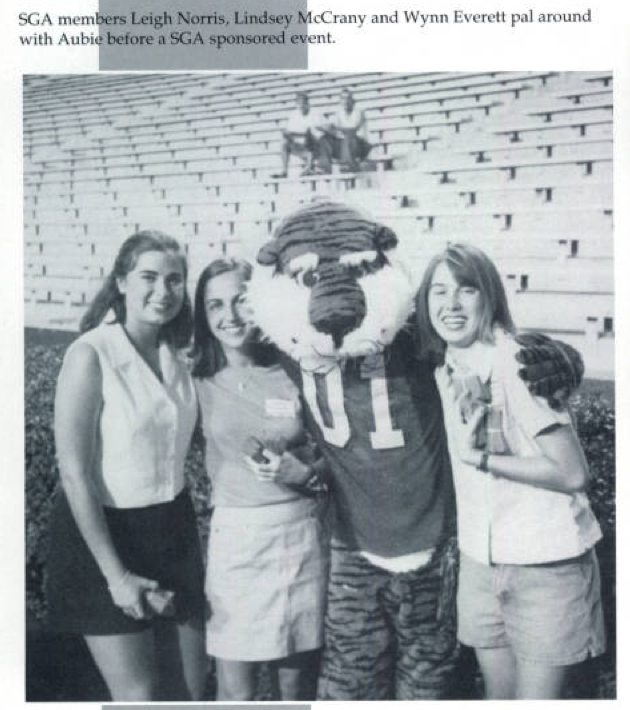 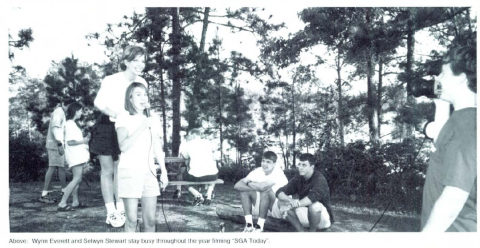 Everett only minored in theater at Auburn, but her acting abilities are the stuff of legend at the Opelika Road Red Lobster.

Everett: “It would be hard to define just one silly thing because my life is full of silliness. But, recently I was dining at Red Lobster with a friend and pretended to be a foreign exchange student by using my great English accent. I had the waitress totally convinced, and she spent the whole evening telling me the highlights of Auburn. I hope she won’t read this.”

The third and final season of The Newsroom premieres Sunday night at 9 p.m. CST on HBO.