Move over, #AuburnFast—the 2014 Auburn Tigers may have themselves a new slogan: Can’t Touch This.

It’s already showing up on shirts. 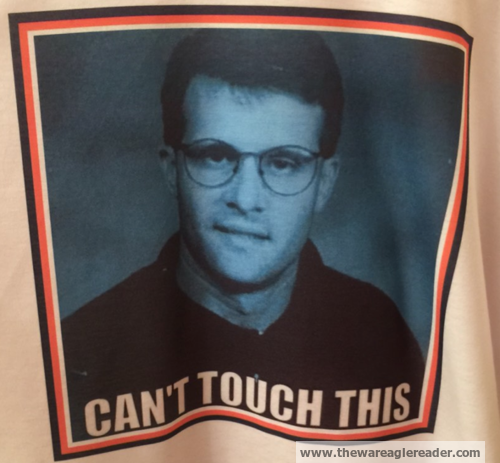 Auburn fan Kim Trimble showed up to the broadcast of Gus Malzahn’s weekly Q&A radio show Tiger Talk at Bob’s Victory Grille Monday night wearing a custom-printed T-shirt with the words “Can’t Touch This” beneath a yearbook photo of Malzahn during his high school coaching days, an obvious reference to the video of Malzahn breakdancing to the 1990 MC Hammer hit U Can’t Touch This back in 1996 that surfaced Sunday after years of residing only in brief rumored-to-exist references in Malzahn profiles.

“It (the video) was like Bigfoot,” Kristi Malzahn told TWER Monday morning. “We had lost it for a while.”

Tiger Talk host Rod Bramblett, who of course made sure the show’s intro song this week was U Can’t Touch, noticed the shirt and asked Trimble, a Tiger Talk regular, to show it to Malzahn.

“He seemed to like it, as did Kristi,” Trimble said. “I had no idea Rod was going to say something. I was floored.” 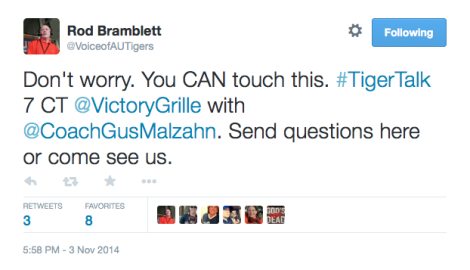 When asked if his players had seen the video, the New Ball Coach replied “I’m sure they have. They haven’t said anything yet, but I’m sure they’ve seen it.”

“I looked pretty young, didn’t I?”

It’s the second time in a week Trimble, who first attended Auburn University in the late 1980s and is currently back in school pursuing a degree in Environmental Science, has paid popular tribute to Auburn’s coach.

A photo she took of her Airedale Terrier Beaux dressed as Gus Malzahn was one of the most retweeted Gustume photos of Halloween. 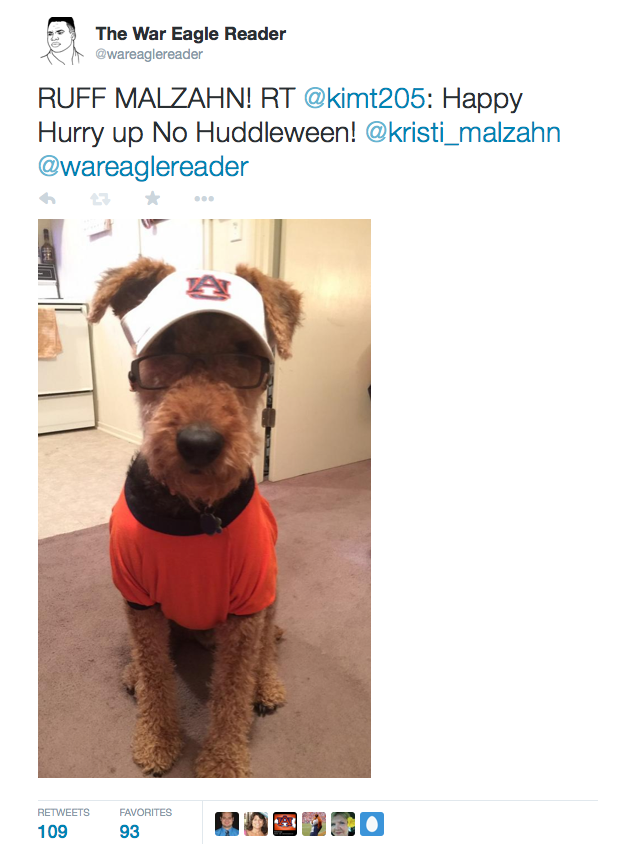