You think of them as legends, but legends in two different realms or universes or Wikipedia categories or something. Finding old articles that don’t just mention them in the same sentence but that document an actual football play that started with one and ended with the other is like what I would imagine reading some fanfic collaboration between Captain Kirk and Luke Skywalker. But then you realize, hey they’re both up there in space, I guess it could happen.

In the mid-70s, both Steve Spurrier and Terry Beasley were up there in the pros. And it did happen. 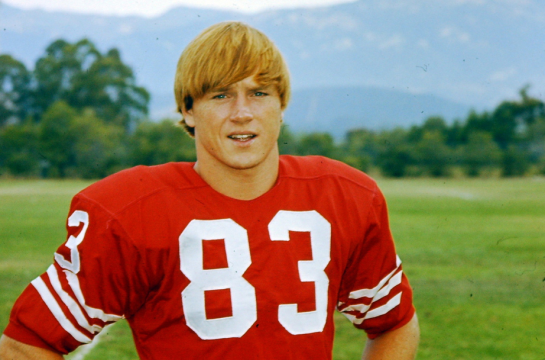 When Auburn wide-receiver Terry Beasley was selected by San Francisco in the first round of the 1972 NFL Draft, he joined a roster that included that Steve Spurrier: Former Heisman Trophy-winning quarterback for Florida (1963-66), then backup to quarterback John Brodie, future shirtless Ol’ Ball Coach. They practiced together, posed for team photos in front of the same mountains, wore the same paisley patterns, drove over the same bridge, breathed the same salty air, saw the same flowers in the hair of the same people. And occasionally got into the same huddles.

In the San Francisco treat that was the 49ers 1975 blowout win against the Chicago Bears, Terry Terrific was the rice to Steve Spurrier’s a-roni at least once. (I’m sure it happened other times, too.) 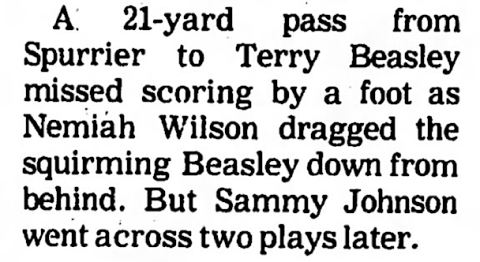 Even though it was Beasley’s rookie year, and Spurrier was still a backup, Legendary SEC Receiver as potential target for Legendary SEC Quarterback was an easy angle for Beasley stories from the moment he arrived in Frisco in 1972.

The first question he got at 49ers booster club event at the Marin Holiday Inn that December: Who’s better—Pat Sullivan or Steve Spurrier? 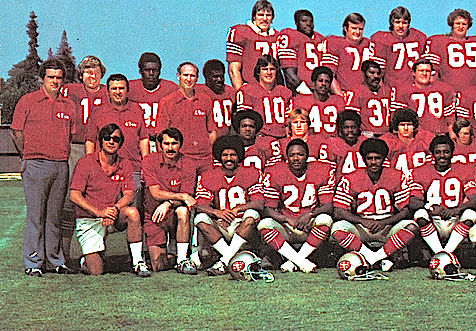 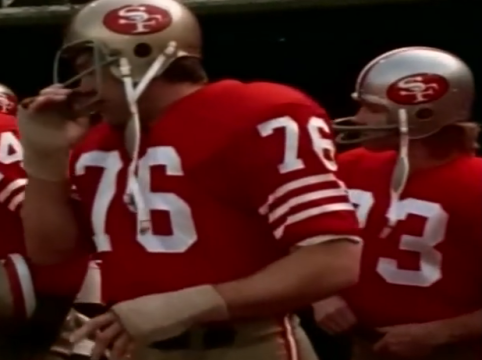