Maybe “hey” was thought to be, like, too plain or bogus at the height 0f Valspeak and surfer slang, but whatever the reason, the revival of Auburn’s Hey Day tradition in 1984-85 inspired a countermovement not in spirit but in tone: How’s It Goin’ Man Day. 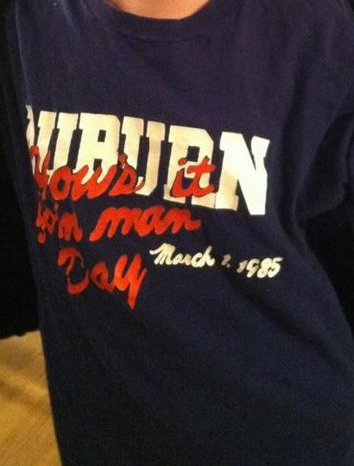 TWER reader David Bivins tells us that How’s It Goin’ Man Day was the brainchild of Lambda Chi Steve Hamilton, then drummer and lead singer of the Auburn cover band The Far Side, now an eye surgeon in Atlanta. His entrepreneurial penchant for amusing apparel apparently never abated, nor did his Auburn spirit. David says Hamilton is also the founder of PajamaFace.com, which sells, among other things, personalized boxer shorts featuring your face on the body of what appears to be an Auburn football player.

Oh! What do you know, we got in touch with Steve:

“I thought of this during the planning for Hey Day.  They said we should say ‘Hey’ to everybody we pass on campus and I thought, nobody says ‘hey!’, and while a lot of guys thought it was hysterical, one of my fraternity brothers didn’t. He was in charge of Hey Day that year, which was the first year they decided to bring it back… Another frat brother of mine, Jamie Wheless, was a great artist, so he drew up the design basically copying the Hey Day shirts.  This is back in the day of silk screening T-shirts. I think we printed up about two or three hundred and sold every last one of them. I figured that the one that I have is when the last remaining, but who knows? Anyway I don’t think it ever happened again.” 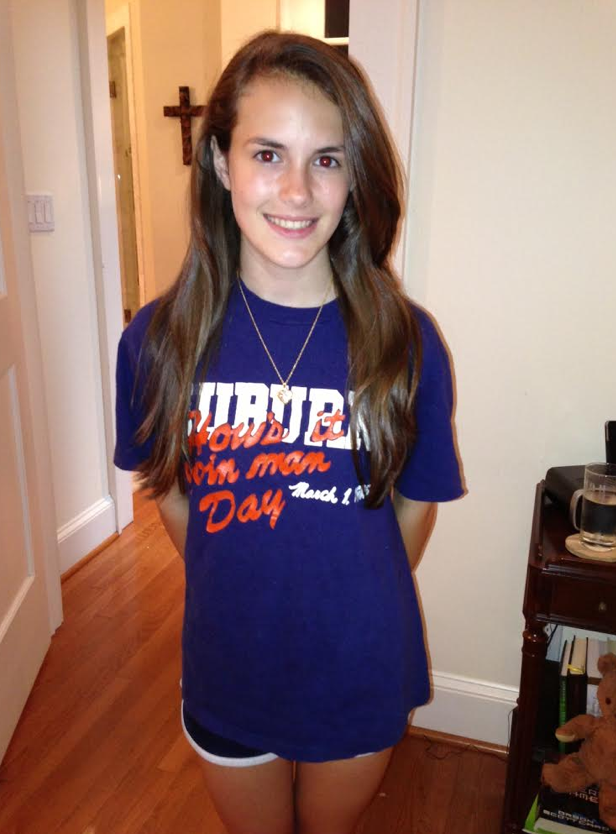