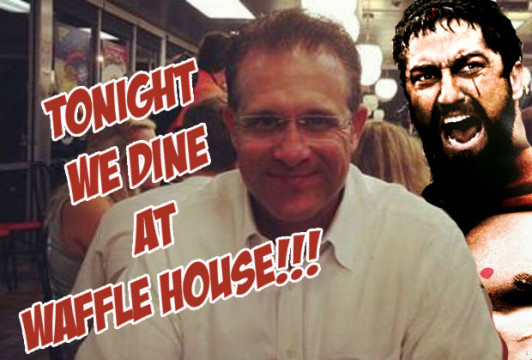 One of the fun parts of college football season is seeing how the reality of the season is different from the way we thought it might be.  Were the optimistic pre-season prognosticators and fans right or wrong about a certain unit or team?  (For example, Georgia fans who confidently predict every June that this year they are locks for a national championship—only to be proven wrong yet again.)  We just don’t know how things are going to turn out until we see it actually play out on the field, and therein lies the fun. (Of course, with those UGA fans, we pretty much do know how things will turn out, every single year. But, other than them..!)

As fans we cling to hopes about our team. All too often those turn out to be unrealistic hopes.  College football fans (especially SEC fans) believe that their team will be better the next season than it was last season.  And that includes the belief that individual units or positions will improve, even if they have been performing at a high level for years.  (See Alabama fans and the irrational shock that the new quarterbacks are not better than the player who finished second in Heisman trophy voting as a senior and three-year starter. How could that happen?  Jacob Coker is supposed to be the second-best quarterback in the country… just behind Peyton Manning!)

This Auburn team is not a finished product.  As we saw last year and have seen before, Gus Malzahn’s teams improve over the course of the season.   This team started at a much higher level of performance than last year’s team, but still clearly has areas it can improve.  And that is exciting as a fan – to watch the growth and enjoy it.

Preseason questions – vs – How have they turned out so far?

1. Can Nick Marshall throw the ball more accurately and consistently?

During fall practices we heard repeatedly about how coaches wanted to improve the Auburn passing game by increasing Nick Marshall’s accuracy and consistency.    Marshall worked with the coaches on his footwork and spent lots of time with his receivers working on the timing of routes and making sure they were in synch.  The goal for Marshall was to complete 65% of his passes, which seemed very reasonable given that he completed 59.4% in 2013.

The result through two games?  Marshall has completed 56% of his passes.  During the San Jose State game the passing game was inconsistent but it wasn’t all Marshall’s fault; the receivers had a few drops too, and Sammie Coates didn’t play.   There’s no question that, based on pre-season goals and expectations, Marshall has not to this point improved to the level that was hoped for.  Could that level of execution be achieved in future games? Of course.  Nothing has happened that makes us think Marshall has regressed as a passer.  We expect Marshall to improve over the course of the season in this department. So, in sum: It’s okay to be concerned, but let’s not go overboard just yet. And any loose talk about a quarterback controversy is vastly premature at best.

2. How will the running back workload be divided between Cameron Artis-Payne, Corey Grant and the new guys?

The pre-season buzz was that Grant had bulked up and might have put himself in position to potentially take over the full time workload from the tailback spot.  There was also discussion about which of the young running backs could move into the playing rotation and get some regular carries.  Could Grant be large enough to get the tough inside yards but still keep the speed he is known for?  If so would Cameron Artis-Payne be reduced to a change of pace role? Would they split carries 50-50 or would one of them emerge into the “Tre Mason every down back” role?

Here is what has happened so far: Cameron Artis-Payne has partially seized the regular tailback spot but Corey Grant, who last season operated mostly as the speed-sweep back, has played considerable snaps at that position, also—and has done well.  (We all remember the joy of Grant’s speed-sweep predecessor, Onterio McCalebb, working at the tailback spot in 2012 and gaining zero yards carrying the ball – but Grant is much bigger and stronger than McCalebb.) Artis-Payne has 42 carries for 289 yards (6.88 yards per carry) with 4 touchdowns.   Grant has 20 carries for 176 yards (8.8 YPC) with one touchdown.   Both have caught 2 passes each (which is interesting since Auburn running backs only caught 17 passes all of last season.)  As for the younger running backs, Peyton Barber and Roc Thomas have seen mop-up duty and will continue to operate mainly in that role unless something happens to Artis-Payne or Grant.

3. Will the special teams be a weakness after losing both kickers and the best field goal returner in college football?

In 2013 Auburn’s run to the SEC Championship was aided greatly by excellent special teams play.  Cody Parkey led the SEC in kickoff yardage in 2013.  Auburn’s punter, Steven Clark, was outstanding at pinning the other team deep in their own territory and at not kicking a punt that was easy to return.  Auburn was second in the SEC in punt returns as Chris Davis had a very productive season.  And of course Auburn was first in returning missed field goals for spectacular game-winning touchdowns. How would the special teams handle replacing those key players? If the newbies turned out to be bad they could potentially de-rail the entire season.

But what if somehow the special teams were better? New kicker Daniel Carlson has been outstanding.  He is sixth in kickoff yardage despite having a touchback on 11 of the 13 kickoffs he has tried. Auburn leads the SEC in punt returns.  And Carlson has been very impressive as a punter.  Can he perform on the road in a hostile environment?  That is the only question left to answer at this point.

4. Will the sweater-vest look sweep the nation?

While not yet a national fashion craze , we predict a strong season for sweater-vest sales as the weather cools and the offense heats up. (But, good lord, UnderArmour—how much are you asking for those things?  You could just about put in a bid for the original Iron Bowl one for that kind of money!)

A Saturday off before heading to Manhattan, Kansas….

This is a weird period for Auburn fans. We have to face two Saturdays in a row with no Auburn football to enjoy and stress over, this early in the season.  How will Auburn fans handle two Saturdays off?  And Auburn hasn’t played a Thursday night game in years.  (What are the chances Tommy Tuberville shows up for it? He’s practically rejoined the coaching staff these days, hasn’t he?)  If you have work or school Thursday and Friday, how do you handle it?

Van adds:  For my part, the whole “moving the game to Thursday night” business has been a huge problem—though one we have still able to overcome thanks to a little bit of ingenuity, a generous fellow AU fan friend with extra tickets, a lot of begging and pleading, and a couple of “paid time off” days left on the calendar.  With Manhattan just across the Missouri state line on the opposite side from Illinois, my family and I will be able to drive over on Thursday, see the game (and cover it for TWER and the AU Wishbone, of course), spend the night in the sprawling Topeka metroplex, and then drive home on Friday. The downside is the wife missing two days of work and the kids missing two days of school, all for a football game. It’s ridiculous that we should all have to miss so much work and school just to go to a game. And I’ve been cursing this decision from the moment it was announced. I really don’t blame Jay Jacobs; this game is KSU’s and he was respectful of their desires to move it. But I don’t have to like it, and I don’t.

In any case, I promised my wife a trip to Manhattan someday, and she’s getting it. I just wonder how long it will be before she realizes I’ve turned West on I-70 and not East.

Auburn  (The Spartans—SPARTAAAAAAANS!!!—have been vanquished and now Auburn prepares to venture into the flat central part of the country. Follow the yellow brick road!)

Texas A&M  (The non-conference schedule of easy bake oven, krispy kreme and dunkin donuts continued this past weekend. And yet people have them in the playoffs already! What?!)

Alabama  (Jacob Coker Heisman campaign materials are awaiting your signal to launch. Please brush the dust off of them first.)

LSU (Leonard Fournette Heisman pose! Yes! Now he should do one every time he makes a first down!)

Missouri  (They put it to a decent Central Florida team in the second half. Time will tell if they’re for real.)

South Carolina (Have they finally gotten their act together, or was a good dose of Georgia all they needed to at least look better for a week?)

UGA  (Gurley invaded Columbia and the same old thing happened that always happens. Van called this his Lock of the Week. John tried in vain to set him straight. Oh well.)

MSU  (Preparing for a big trip to Baton Rouge next week.)

Tennessee (When 80% of your team has never been on a road trip before, winning in Norman, Oklahoma presents something of a challenge. But they didn’t totally embarrass themselves, so give them credit.)

Arkansas  (Bert over Kliff.  Hey—we sort of like the sound of that.  Say it with us:  BERT OVER KLIFF…)

Kentucky  (The Wildcats invaded Gainesville looking and talking tough, but let’s face it—they were a tough looking, tough talking chipmunk. They gave the Gators all they could handle, but they still kept the epic losing streak alive.  Ah well…)

Vanderbilt  (Oh, how we miss you, Coach Franklin! Speaking of whom—with the suddenly dire state of Commodore football and the lifting of the post-season ban at Penn State, is there any coach in America who more needs to run out and buy a lottery ticket right now?? )