You typically think of it as a one-time thing. At least I think you do. Something with term limits. And maybe it’s that way now. But once upon a time, at least at Auburn, it was like the Heisman Trophy. If you’re awesome enough, you can win it twice. Same thing with Miss Homecoming at Auburn. Once (and maybe twice for all I know at this point), an Auburn coed was twice crowned Auburn’s homecoming queen, in back-to-back years. Make that, back-to-back homecomings. 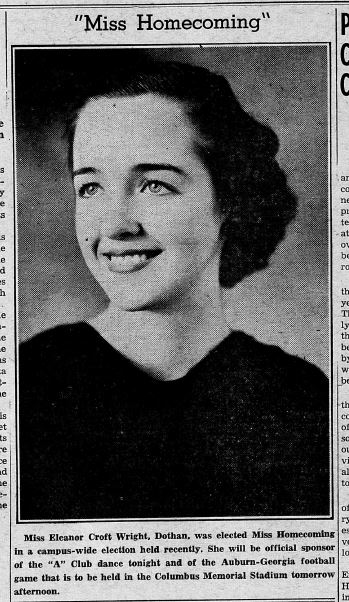 So how do you have a homecoming for a queen to reign over without a home game? You just call the Georgia game in Columbus homecoming and pretend everything’s normal. And not realizing at the time that they would be wandering in the road game wilderness for three years, that’s what Auburn did, making junior Eleanor Wright the first Miss Homecoming to, technically, miss homecoming, i.e. coming home. But that wasn’t her only distinction. Eleanor was apparently awesome enough to get the Miss Homecoming nod again in 1939. 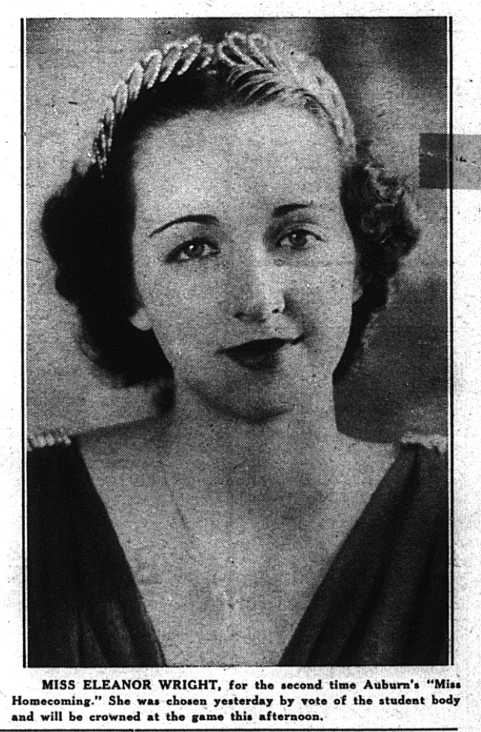 The Archie Griffith of Auburn homecoming history went on to marry Dick McGowen, who threw the first Auburn touchdown pass and kicked the first Auburn extra point in Jordan-Hare Stadium. He later was an assistant coach under Shug.