Auburn University is No. 2 (you know, alphabetically) in a study (of sorts) released Tuesday by online  music listening service Spotify of the Top 40 Musical Universities in America.

Spotify says the rankings were determined by “the schools whose students signed up for our student deal at the highest rates last semester, because that plan appeals to students who love music. Then, we ranked the schools where these listeners played the most songs, because people who love music listen a lot.”

And what does Auburn University listen to (on Spotify)? 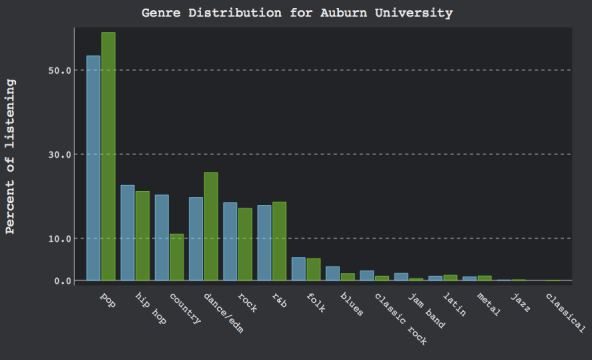 … the most Spotified songs on the Plains are:

You can check out the full Top 40 list here.