The latest issue of Southern Living has a big Iron Bowl feature, because college football rivalry is as southern as heat and stuff. The article starts and ends with a heartwarming story of an Alabama fan’s daughter who enrolled at Auburn because she was determined to not let her parents’ failings determine her destiny.

Photo-wise, there are the usual Tide-Tigers juxtapositions: Band members, cheerleaders, mascots. But the last spread—it is Southern Living after all—is of the head coaches’ wives, Kristi Malzahn and her Crimson counterpart Terry Saban. And I just have to say that Kristi Malzahn is every bit the fetching football fashionista the magazine editors no doubt hoped she would be. Like Pam Halpert’s mockup for Dunder-Mifflin Infinity, her wardrobe’s loyalties are both clear and subtle at the same time. 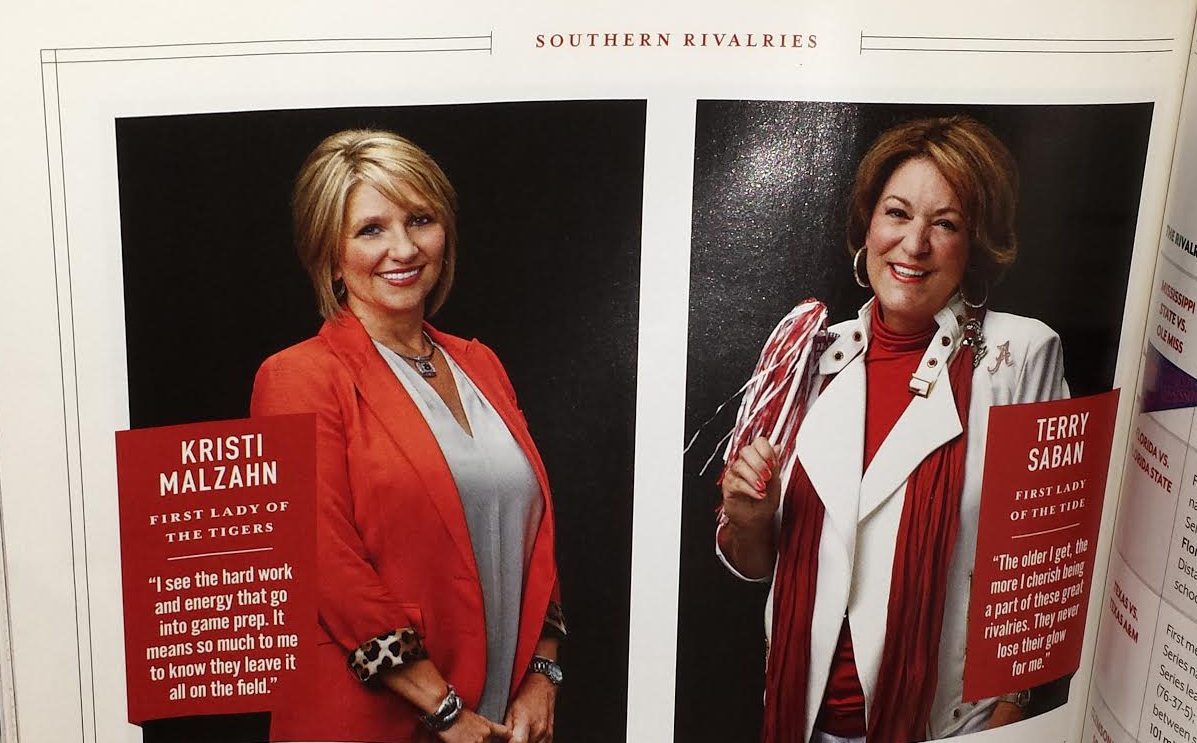 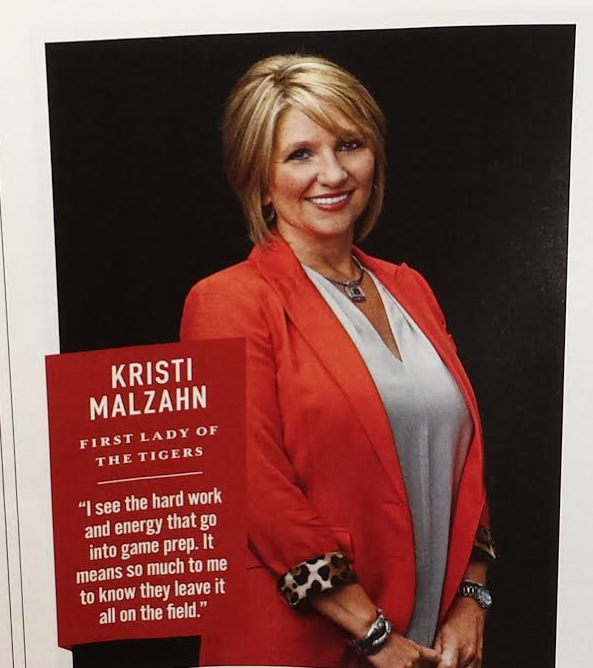 Trivia Time: Auburn was actually the main focus of what I’m pretty sure was the magazine’s first football-centric feature, which appeared in the September 1968 edition. The cover is fabulous.