The stars were aligning at Auburn last year. This year, they may be falling. Pink stars. Pink creepy stars. That’s the main thing I remember from the first season of Under The Dome, the CBS drama based on Stephen King’s same-named 2009 sci-fi thriller: Mackenzie Lintz (Norrie on the show) convulsing in some sort of alien coma and chanting “The Pink Stars are Falling In Lines.”

Lintz, who seems to hail from the Atlanta area, will be an Auburn freshman this fall, living somewhere on The Hill, and likely going to every football game. She’s currently going through rush. And probably eating at the Barbecue House where, as she tweeted in June, “All is right with the world.” 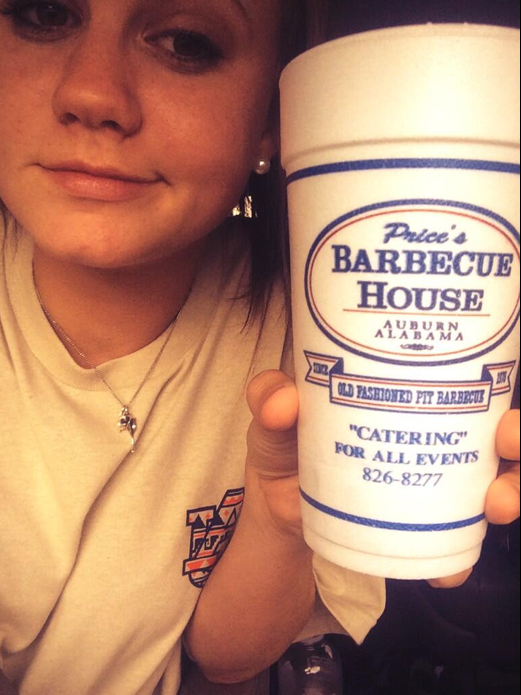 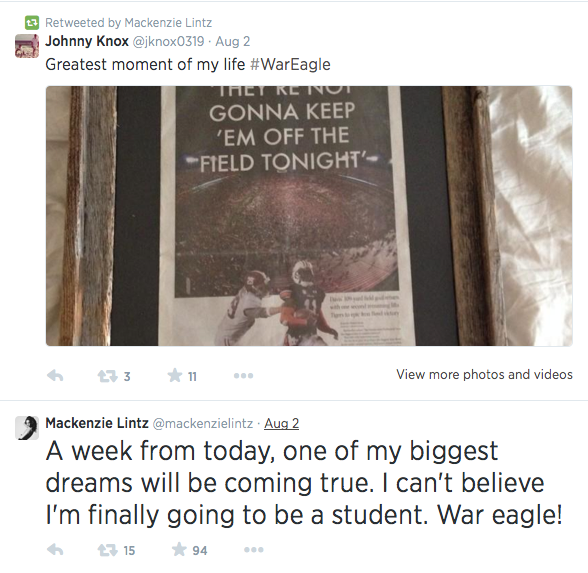 She’ll join the ranks of other current celebrity-ish Auburn students like Big Boi’s daughter and Jeff Foxworthy’s daughter… and hey, maybe even Jackson Pace, the kid who plays Chris Brody on Showtime’s hit series Homeland. Because there he is posing with Lintz at A-Day in April, both in Auburn shirts. (HOW IN THE WORLD DID WE MISS THAT?). 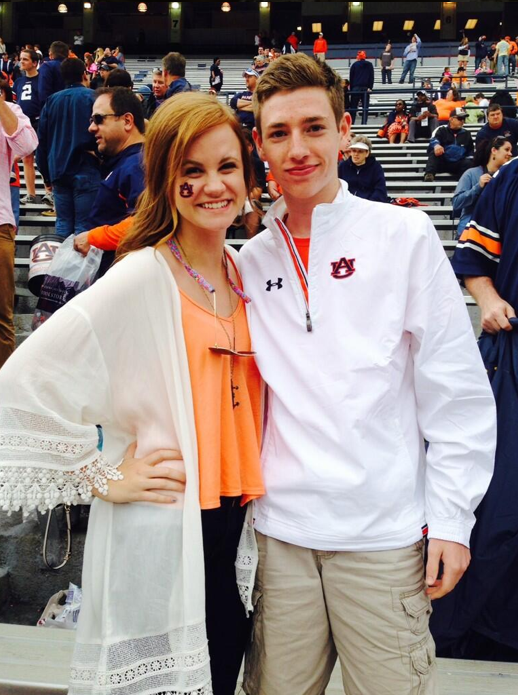 Yes, Lintz isn’t just an Auburn-was-the-only-school-offering-my-major kind of fan. She’s an A-Day level fan, a taking pictures in Jordan-Hare after The Miracle level fan (it’s where her heart belongs)… 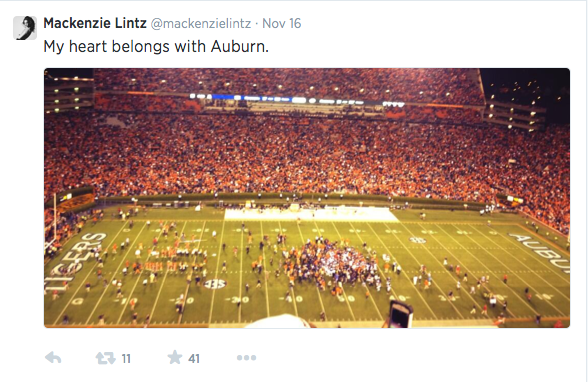 …a watch the national championship game in Auburn Arena level fan, and from way back.

Here’s a picture of her dressed as an Auburn cheerleader in 1999. 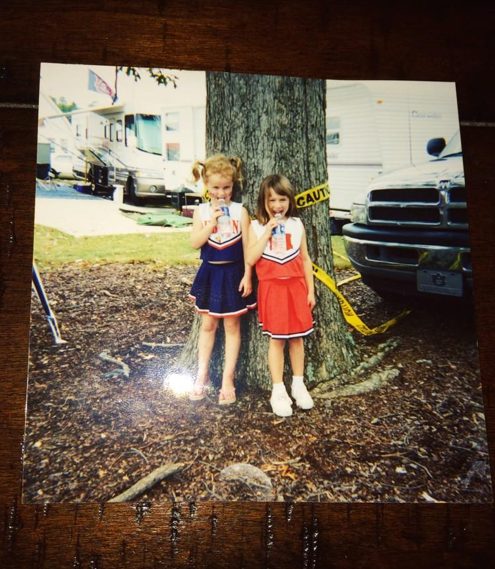 If Jordan-Hare suddenly grows a dome, we’ll know who to blame. 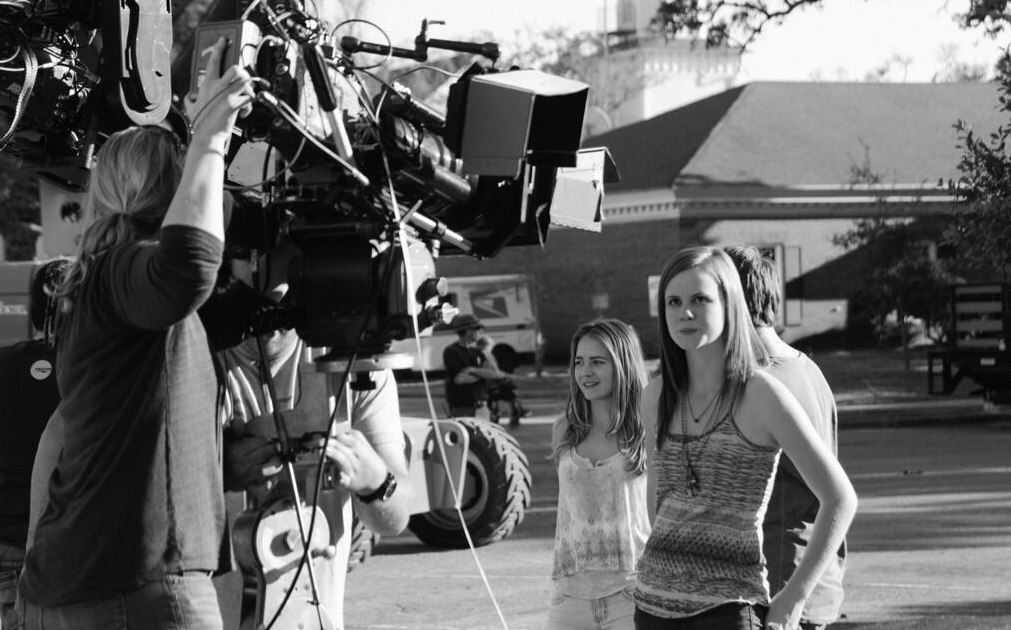