You know that thing where, when you’re about to play one of your rivals, you start seeing email forwards and message board Photoshop things of your team’s nickname power animal devouring the other team’s? (When you’ve got tigers and eagles and world champion archers to work with, it happens a lot.) Like, come Iron Bowl time, you’ll start seeing Auburn logos on stock National Geographic photos of tigers attacking elephants and stuff, or Food Channel photos of pigs being roasted under the words “Hurry Up Dinner” or something?

Well, if Auburn ever gets around to playing Florida again, Auburn fans won’t have to doctor a dang thing. Because the AU logos on John Stokes’ shirt (far right) and Parker Jenkins’ camo visor (far left) aren’t digitally altered. Neither are the scales and teeth and SyFy movie-worthy girth of the dinosaur they helped kill and haul out of the Alabama River on Friday. 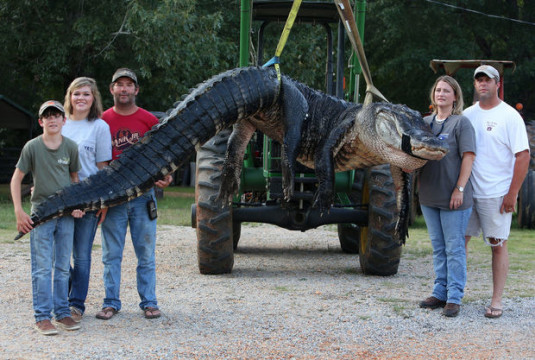 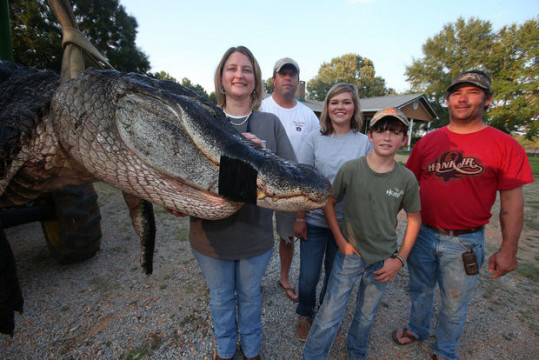 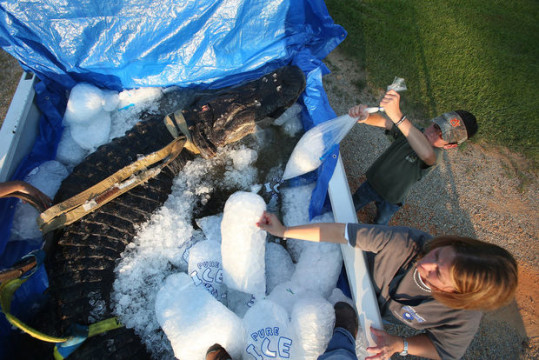 Fifteen feet? One thousand (1011.5 to be exact) pounds? In terms of legally-killed alligators, that’s an Alabama record. And as far as anyone can tell, a world record.

You can read more about the beast, and see more photos at al.com.