The Montgomery Advertiser has a proud history of powerful puns when headlining their coverage of momentous Auburn occasions. 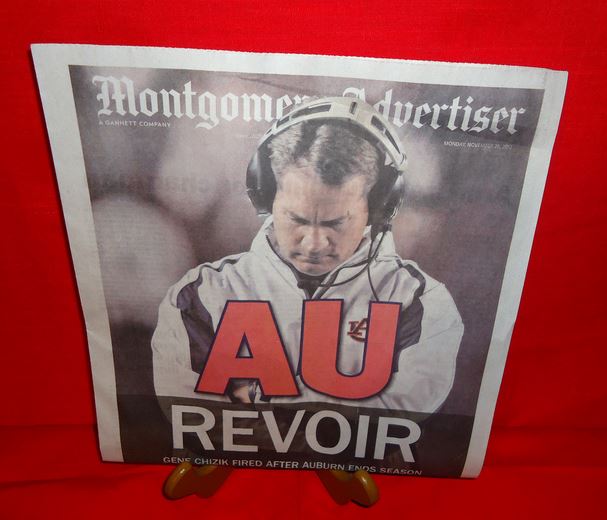 But their choice for the morning after the 2005 Iron Bowl, especially when combined with the full-page photo of Brodie Croyle accepting his fate they went with, is brilliant, a perfect bulls eye. It’s nine years later and I’m looking at this thing and I’m just as happy and relaxed as I was in the stadium that day. That day was a good day. Honk, honk, honk. 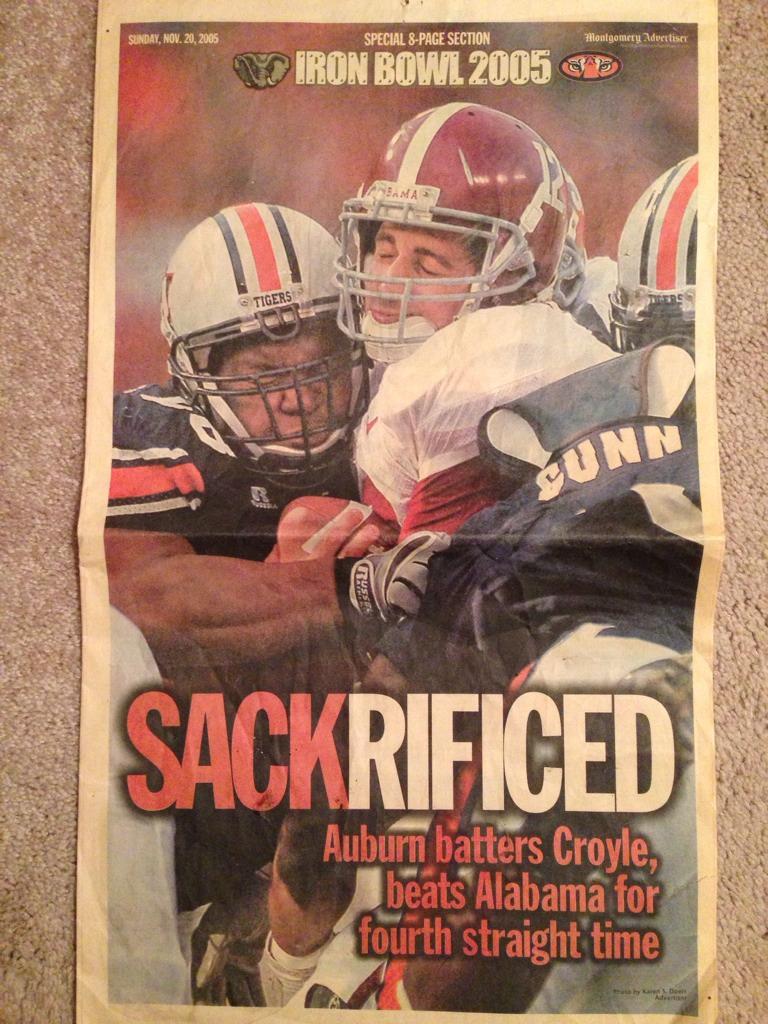