The Sporting News took over or merged or whatever with Street and Smith’s Official College Football Yearbooks in 2007.

Nick Marshall is the latest Auburn quarterback to grace the magazine’s cover. Pat Sullivan was the first. And though Auburn had made great aesthetic strides in player protection, you still didn’t dare put a face mask on such a fine looking quarterback. 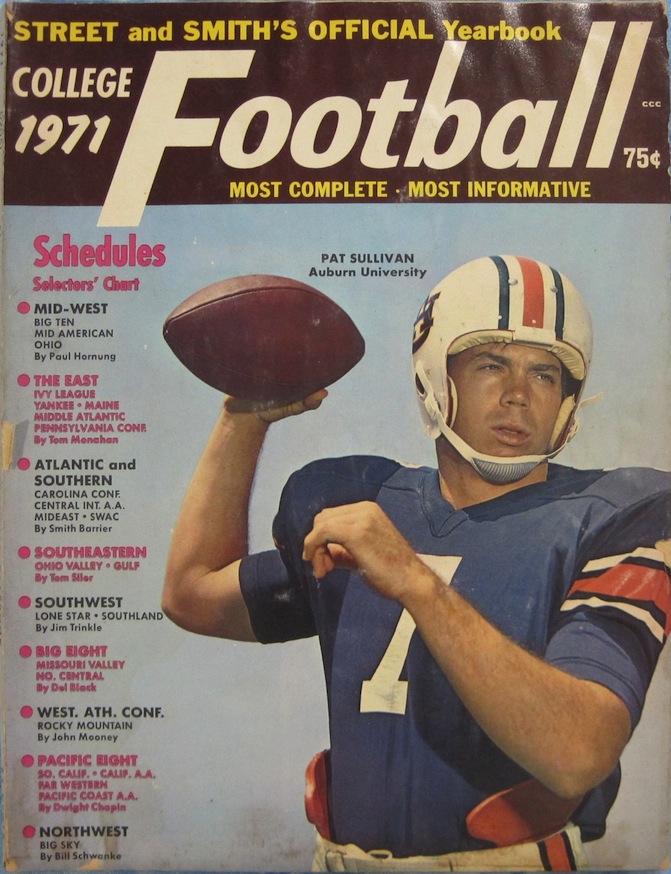 It wasn’t Super Sully’s only cover that year. There was an incredible painting of Auburn’s eventual Heisman Trophy winner on the cover of Birmingham Magazine, so incredible they were offering it as a poster.

Related: Check out the Pat Sullivan for Heisman brochure.