The results of the 1972 NFL Draft, which came on the heels of one of the most electrifying Auburn football seasons ever, probably seemed a little backwards to Auburn fans. It was Sullivan-to-Beasley, not Beasley-from-Sullivan.

Terry Beasley in the first round to San Francisco? Sure that, made sense. But Pat Sullivan? A second-rounder? The 40th overall pick—26 behind Florida’s John Reaves? Wasn’t Reaves the guy who threw nine interceptions against Auburn in 1969? Didn’t that set the NCAA record for picks in a game or something?

When the reporters came calling (in this case, the OA-News), Pat kept it classy as always. But it was hard to hide his disappointment completely.

“Yes, all that talk about my being too little for pro football bugs me. I’d rather people just come out and say I’m not good enough.” 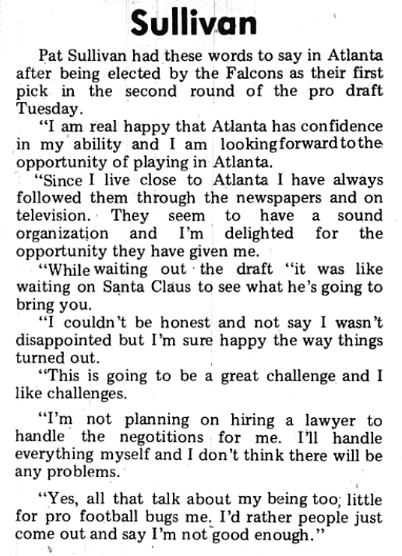 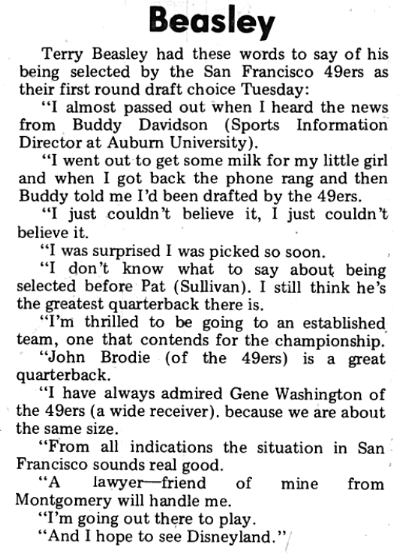 Oh well, at least he went higher than the guy who won the Second Place Heisman Trophy.

San Francisco quarterback John Brodie wound up getting hurt or something, so Rookie Beasley wound up snagging passes from his backup… Steve Spurrier. 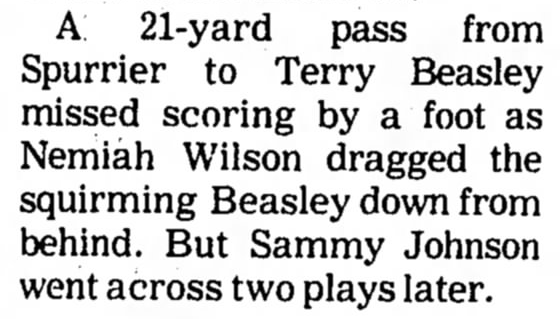 Look at that longhair! San Francisco changes a man… 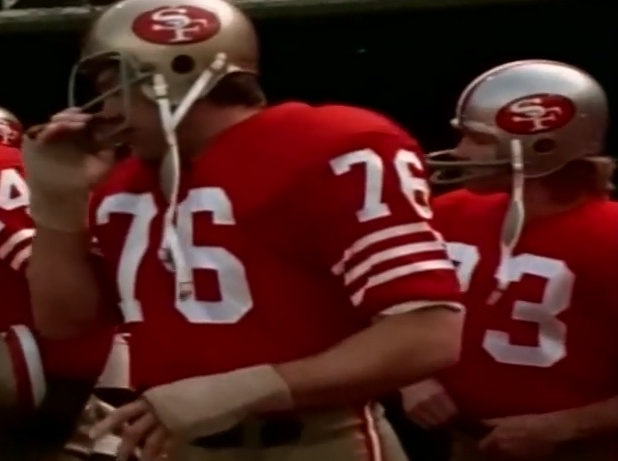