This is what that means. 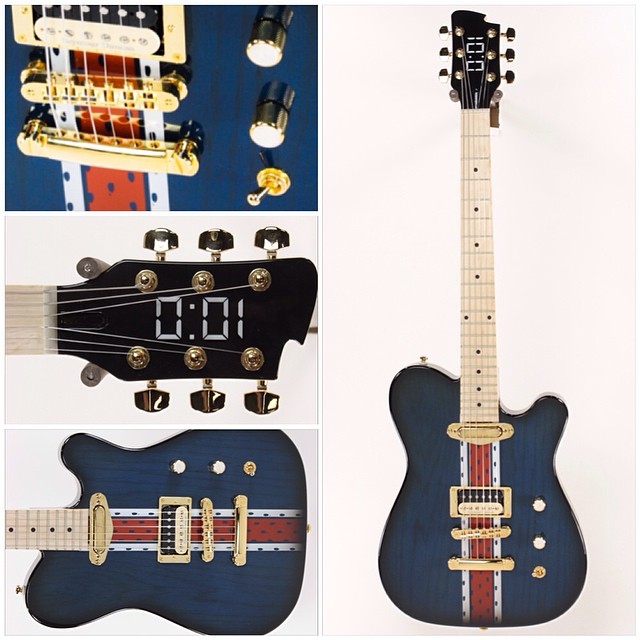 “I thought about building one myself for a while before remembering my inherent lack of carpentry skills,” Collier says. “This year I finally broke down and ordered a custom job from Moniker Guitars in Austin, built to my specifications.”

We’re not just talking colors. Any young Auburn fan trying to reconcile having both Kurt Cobain and Terry Bowden as role models can Auburn-up their axe with some orange and blue Sharpies. We’re talking an 0:01 Chris Davis signature series digital clock readout logo representing the final second of the greatest football game ever on the headstock.

“It arrived last week, looks great, and sounds good even when I play it.”