Auburn fans were applying for Iron Bowl victory vanity license plates just days after the earthquake, two (at the most) to be exact.

In the immediate afterglow, the score was the obvious choice.

But the jab du jour seems to be alphanumeric variations of Kick Six, the pet name for the game that won out over other catchphrases like Kick, Bama, Kick.

In February, a KICK6 plate from Tennessee was making the interounds. 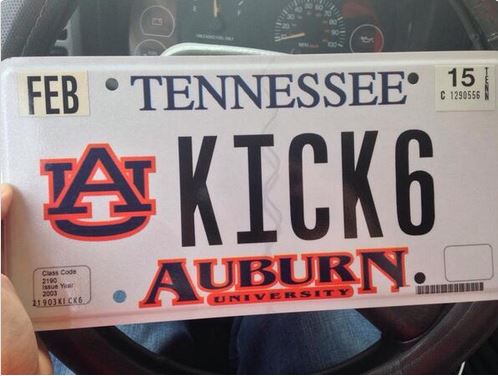 But when we posted a photo of the license plate recently acquired by Trey Thompson, the young man seen here, to Facebook last Friday… 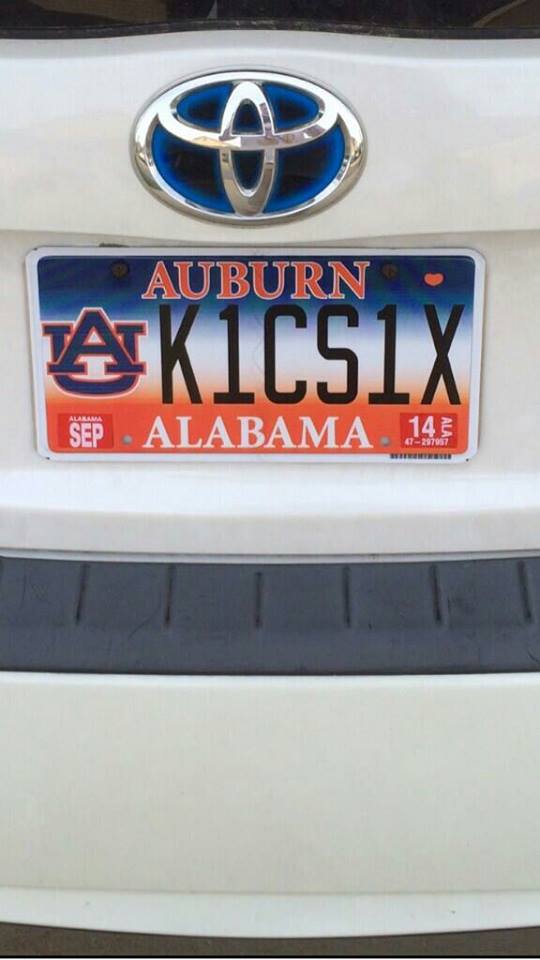 … reader Scott Daniel replied: “I see this one in Fairhope everyday.” 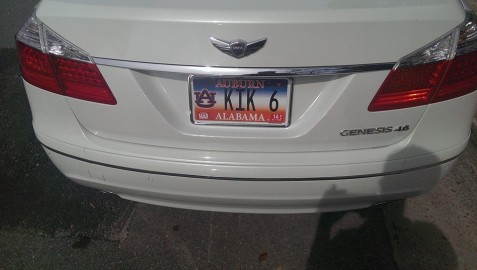 Even if the number stands at just three, it seems likely that no other single play in college football or maybe even sports history entire has been memorialized via vanity tag more than Chris Davis’ 109 touchdown return of whatshisname’s missed field goal. Oh wait—make that four.

And will Punt, Bama, Punt’s record of two namesake restaurants ever be broken? 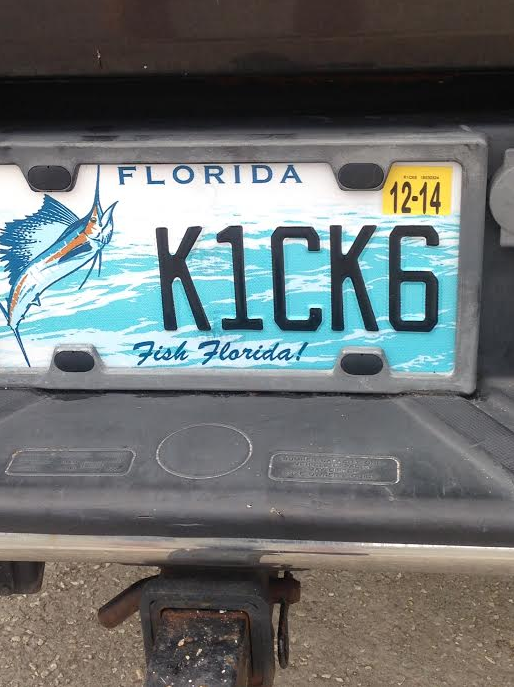 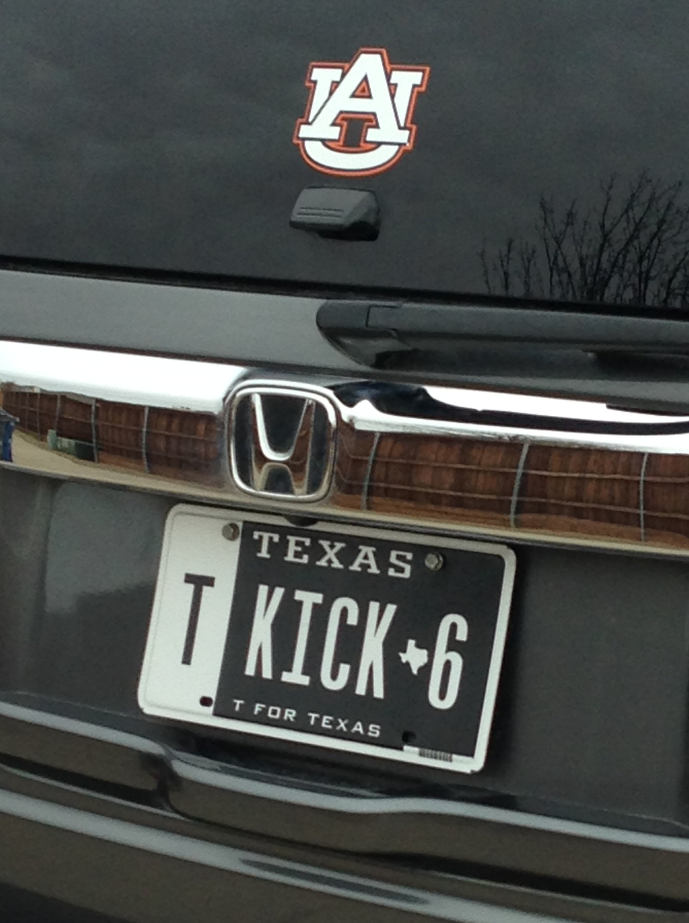 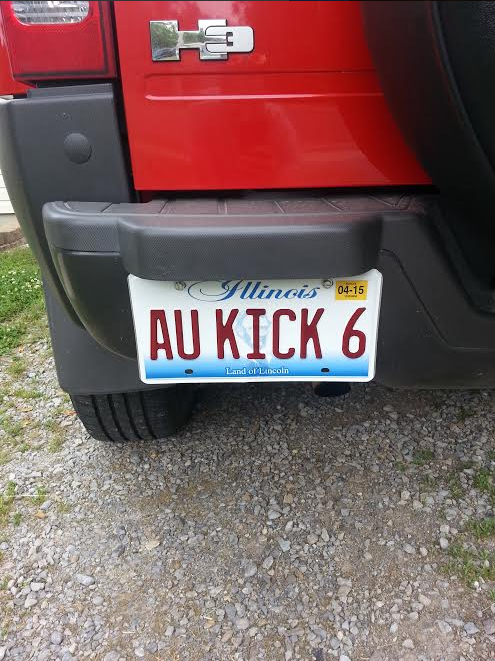 UPDATE: Another Auburn one, from William Sanford. 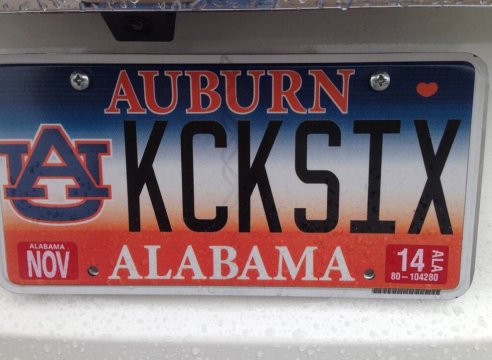 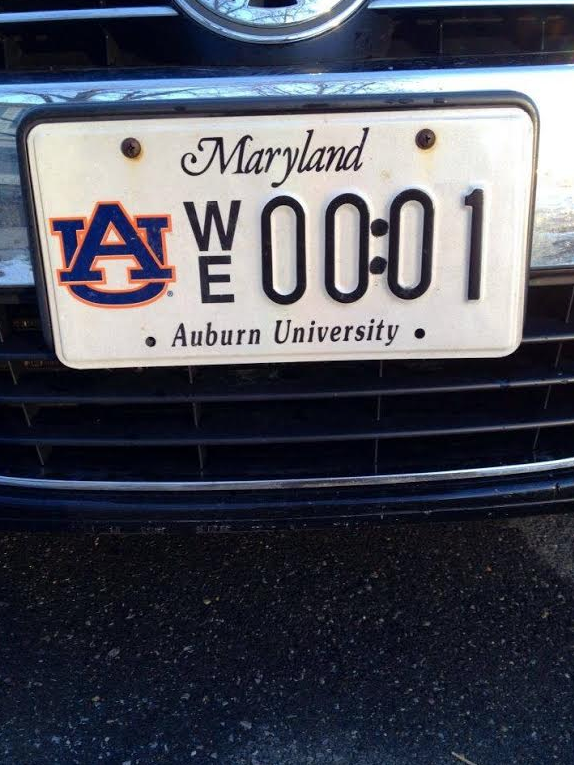 And another… from Mike Robinson. Almost taunting. 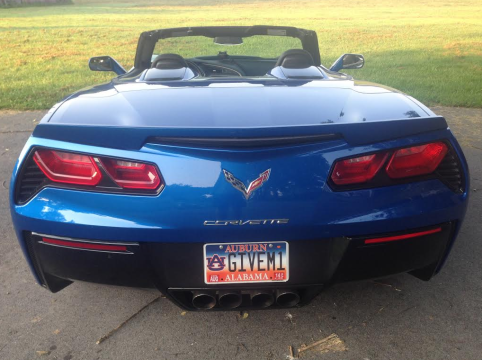 Help us continue to document this unprecedented phenomenon. Teamwork makes the dream work.