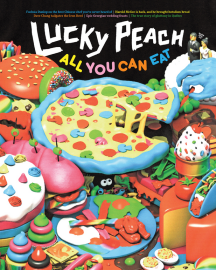 Turns out they were more enamored with our football then with our food. Of course, after a game like that, Wolfgang Puck could have been serving diamond encrusted sushi off of Nigella Lawson and you could say the same thing. Yes, the first taste of Auburn football for Chang, and the magazine’s editor, Chris Ying, came at the 2013 Iron Bowl, thanks in no small part to former Eagle Eye TV director Kathryn Johnson, who worked with Chang after graduating from AU in 2012.

Curiously absent: any sampling or even mention of Auburn’s one local delicacy that has garnered regional, national, even supernatural acclaim.

“It (the Iron Bowl ending) one of the greatest moments of my life,” Chang told Sports Illustrated in December. “It was the best thing I’ve ever experienced.”

Chang and Co. were also documenting their journey on Instagram. 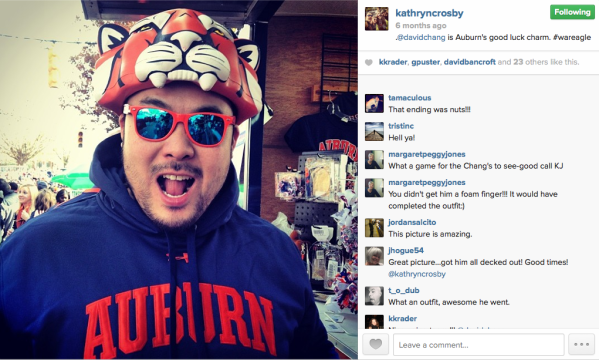 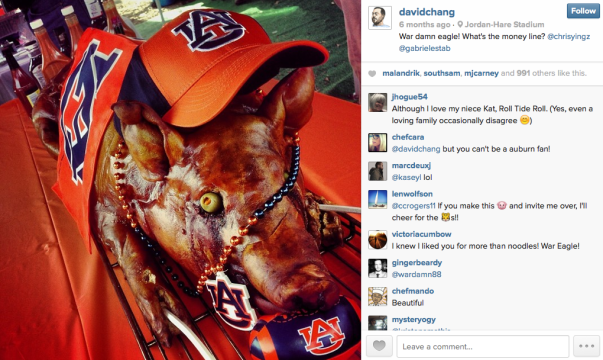 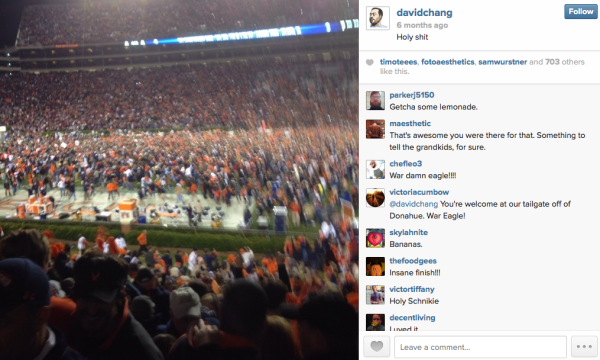 You can buy a copy of the All You Can Eat issue of Lucky Peach here. It hits magazine stands Tuesday.

For a $10 donation to TWER (that’s two stickers for $10, FREE SHIPPING, just make sure you include your address), you can turn your car into a Bramblettmobile! Or a Hot Rod, if you will… act fast, supplies are limited…