The renovation has begun. If they haven’t started digging up the valuable remains of the technically still alive Toomer’s Oaks, the roots of which are expected to be about the same size as the canopies, they will soon. Not that you’ll be able to see (from the street at least)—there’s a fence around Toomer’s Corner. And there are graphics on the fence, in the “This Is Auburn” vein.

One section features the schematics for Toomer’s 2.0, two others are old photos. One is a shot of Auburn students celebrating at the corner after the Tigers begrudgingly downed Michigan State in the 1938 Orange Bowl.

The other is a photo of the corner (but not of the Toomer’s Oaks, as the T-shirts would still have you believe) taken around the turn of the 19th century.

Both photos were actually key in determining that the Toomer’s Oaks were only 85 or so years old, not 130, a misconception still being reported in national media outlets. 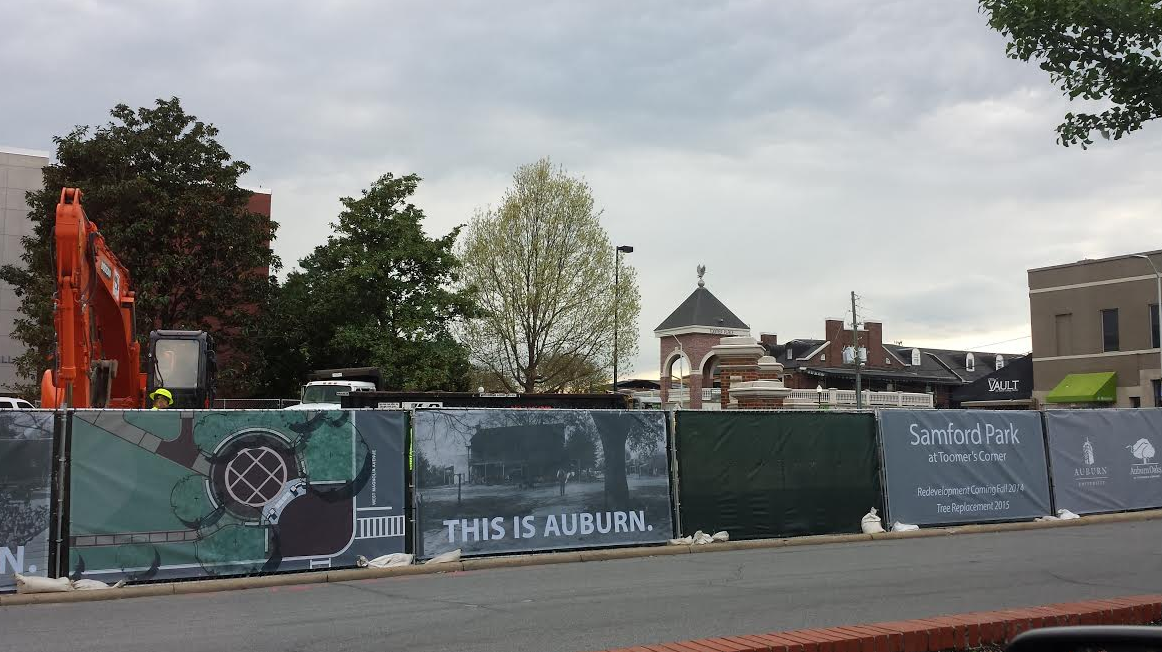 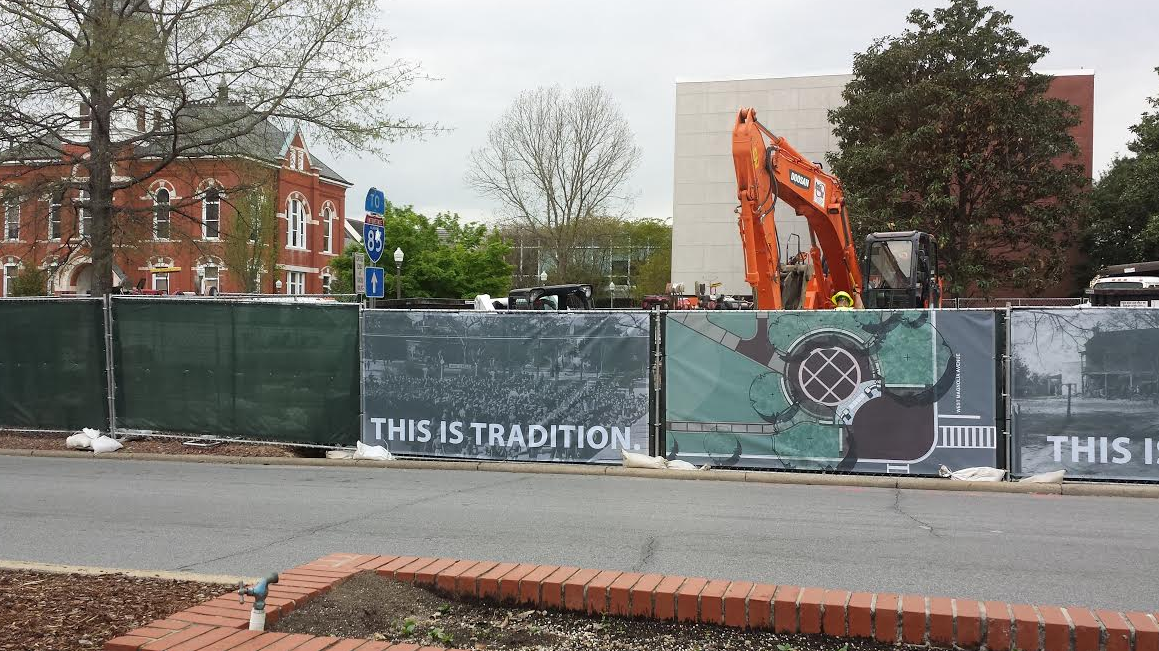 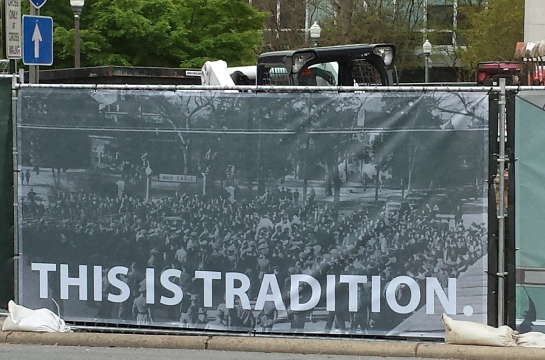 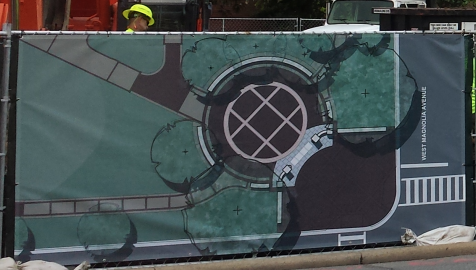 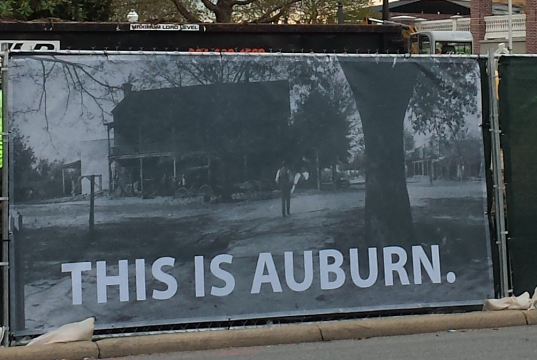 Pretty much the same on the Magnolia side. 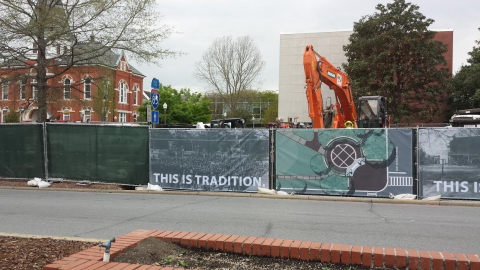