The origins of those national headlines about A.J. McCarron and Katherine Webb’s wedding being a reality show?  My 2 p.m. Reporting class, I suspect.

And once it broke, it left me thinking about the ethics of being a university journalism professor — when to break news and when to hold it back.

This semester, Laurie Webb, Katherine’s sister, has been in the above class.  To avoid sounding like Brent Musberger, I will limit my comments to saying she is competent, talented, and diligent.  The equal of most of our PR and journalism students.  (I mean, she and they all got past our Journalism 1100 class, right?)

The first time she talked with me after class was about a student friend of hers, a fellow yoga instructor, who had apparently committed suicide.  We talked about knowing when a friend was struggling, what can be done to help — I had more than one such conversation that week.  The student’s death was a jolt.

Side note: It was either during that, or a conversation soon after, that we were talking football, and Laurie said, “It’s crazy. My sister dates a guy from the University of Alabama, and … ”  I basically replied, We know, Laurie; we know.

Right after spring break, I got an e-mail from Laurie in which she told me that she would be missing class that Friday, because A.J. had invited the family down to Gulf Shores. He would be asking Katherine to marry him, and he wanted both families there when he did.

I suppose I could have broken the story and tweeted the news, but I held off for a couple of reasons.  One is that Laurie asked me to keep it a secret, because it was going to be a surprise.  Second is that I use Twitter for sports media discussion and updates on journalism (and other topics) at Auburn.  A breathless note of rumored nuptials between A.J. and K-Webb — not me.

The Monday after the engagement news broke, I will confess a moment of weakness.  I asked Laurie to talk a little about the engagement.  After all, it was Reporting class, and she had witnessed a news event.  While talking about it, she mentioned that the engagement had been filmed as part of a planned reality show.

That bit of info elicited a collective groan from the class, to be honest.  But it also got the attention of the Auburn Plainsman staff members in the class.

After class, I thanked Laurie for being a good sport about it.  She accepted my appreciation with typically casual grace, adding that it had definitely been a crazy year for the family. Understatement No. 2.

The next Tuesday, I had walked over to the Plainsman office to eat lunch.  The staff members there told me they had interviewed Laurie and her family about the reality show.

They posted the story online the next day, and, of course, the fan was hit, and hit hard.

The situation left me with a sinking feeling.  Had I let a student down?  Did my prodding cause her to let slip information that she would later regret sharing?  Even if she did so willingly, the reflection of a gracious attitude, I would not blame her before I blamed myself.

It’s one of the complicating factors of being a journalism professor — when conversations with students trickle over into the pond of interesting news.  Yes, I know news when I hear it.  But as a professor, often I have to keep that news to myself.

Not just student news.  I served as a faculty member on Auburn’s Committee on Intercollegiate Athletics (yes, CIA) for three years.  During that time, I heard things that were interesting — though never earth-shattering and certainly never scandalous.

We got Auburn’s APR numbers and drug testing statistics a few weeks ahead of the general public.  And we were briefed on ESPN the Magazine’s story highlighting Dakota Mosley’s allegations that Auburn did not respond adequately to his drug problem.

In all cases, I kept quiet about what I heard, as requested (though I did talk a lot about how impressed I was with Cassie Arner, who served as Auburn’s contact with Shaun Assael of ESPN).

In this situation, Laurie caught grief for her part in the story, as did The Plainsman, because the producers were not ready to release the news. So as I walked into Reporting the next day, I wondered if it would be awkward. 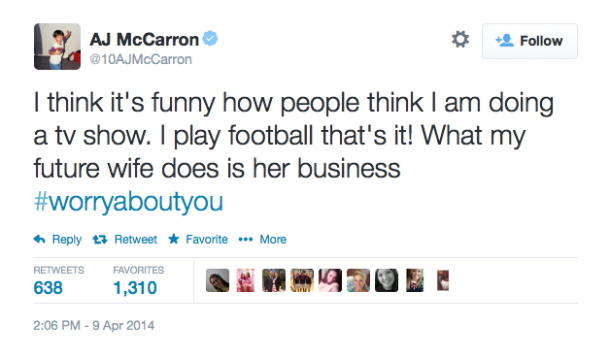 But it wasn’t. Laurie attended, and in talking about it afterward, she seemed quite relaxed, despite the drama.  I agreed with her.  To me, this wasn’t Survivor; we know the ending. No reason to keep everything a secret.

At the same time, I felt compelled to apologize to Laurie for putting her in the middle of the story.  She shrugged it off, and seemed sincere.  But the situation still bothers me.

Is my line drawn in the right place? Does it still give too much ground to the journalism side of me?  Is it better to keep the line there and deal with the occasional doubts, instead of instinctively hiding what should be reported?

It’s yet another teaching moment — the kind that the news media provide on a daily basis — and I have talked to my students about it.  Sometimes, however, the most important, and sometimes uncomfortable lessons, are for me.