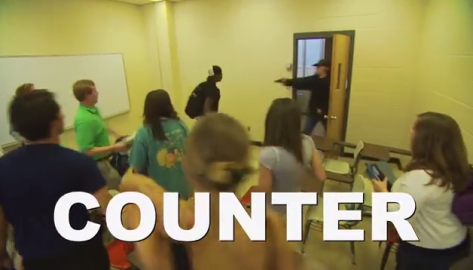 Auburn University cancelled classes Wednesday in response to a message threatening “a rampage of biblical proportion” on April 16, the six-year anniversary of the Virginia Tech massacre. A photo of the threat, which was scrawled at least three weeks ago on the wall of a Haley Center bathroom, was rapidly shared on social media Tuesday. Anxiety grew.

In an age when campus shootings are far too common, AU made the call it felt it had to. But it’s been preparing for the worst for a while.

It’s not as intense as the State of Alabama’s “Run Hide Flight” video from 2012. But it still has people, in this case Auburn students, getting pretend shot. And seeing people even pretend shot in such a familiar setting is still pretty of jarring.