Walter Gilbert, phenom of the mid-30s, is an Auburn football legend: captain of the Tigers’ first bowl team (that’s him you see shaking hands with the yankee), Auburn’s only three-time All-American (I think), and a College Football Hall of Famer (inducted in 1956).

His great-grandfather, who according to The Plainsman could  “pick up a 52-gallon water barrel weighing 416 pounds and drink out of the bung hole” looks unimpressed. 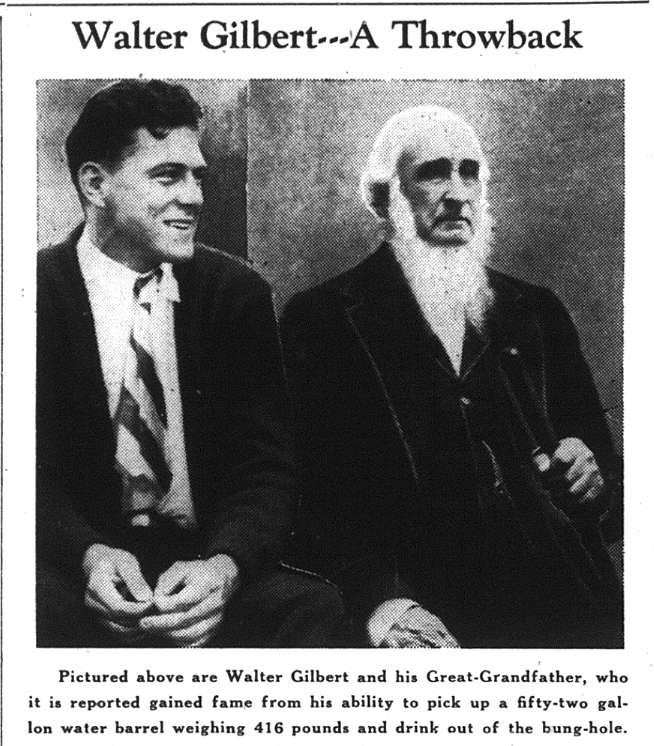 Speakin’ of barrels, Gilbert went on to become Vice President of Texaco’s European oil operation or something (dude was slick). Auburn named an award for former AU athletes who have gone on to dominate their chosen field for at least 25 years in Gilbert’s honor.