We all know Auburn coaching legend Jack Meagher had no problem whatsoever with tweaking Auburn’s uniforms.

Another example, if one only applied during practice, was having identical twin brothers (possibly Auburn football’s first?) Frank and John Bridgers, who played for the Tigers in the early 1940s, wear identifying (and seemingly troublesome) name tags on the front of their jerseys in order to tell them apart… 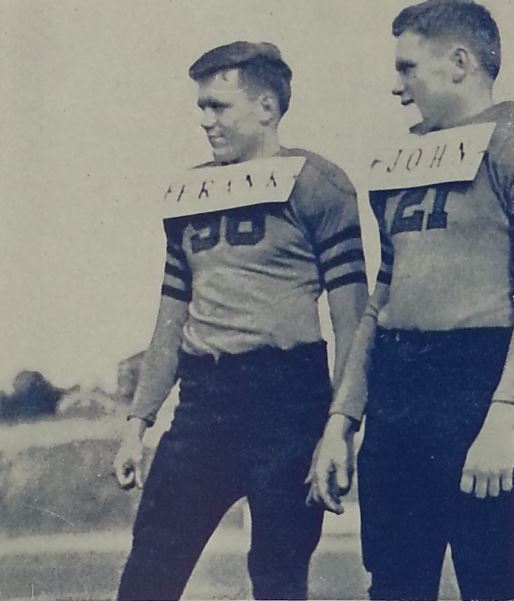 … because apparently the jersey numbers (nor John’s gaping maw–no idea what’s going on there, other than a weird photographic hiccup) weren’t enough.

This photo of the Brothers Bridgers, who come to Auburn on football scholarships, regularly appeared in WWII-era Auburn football programs.

John Bridgers would later become head football coach at John Hopkins and Baylor. But his biggest gig was serving as Florida State’s athletic director from 1973-1979, which was a pretty crucial period for FSU athletics across the board.

According to the school’s official bio, Bridgers “was the unquestioned leader during a period of Florida State’s greatest leap in college athletic stature nationwide.”

His most significant act as AD? Hiring Bobby Bowden.