Love thinking about the double takes from the cub reporters their first day on the job. It’d be a great short scene for the Shug biopic.

Jimmy pours himself a cup of joe, loads a sheet into his new Smith-Corona Skyriter, and cracks open the crisp 1960 media guide for the Auburn Tigers.

Jimmy: “Jordan? They actually think they have to tell me how to pronounce Jordan? Wait–JUR-Dun, what the…” 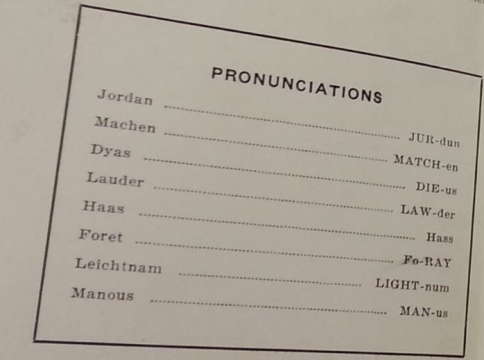 Given all the well-meaning Auburn students who flub it in ESPN gameday segments, it probably still should be.

Mrs. Shug was, we recently learned, was exempt.

Related: Listen to Lindsey Nelson and Tom Brookshier discuss the pronunciation of Shug Jordan’s name during CBS’ broadcast of the 1973 Sun Bowl.